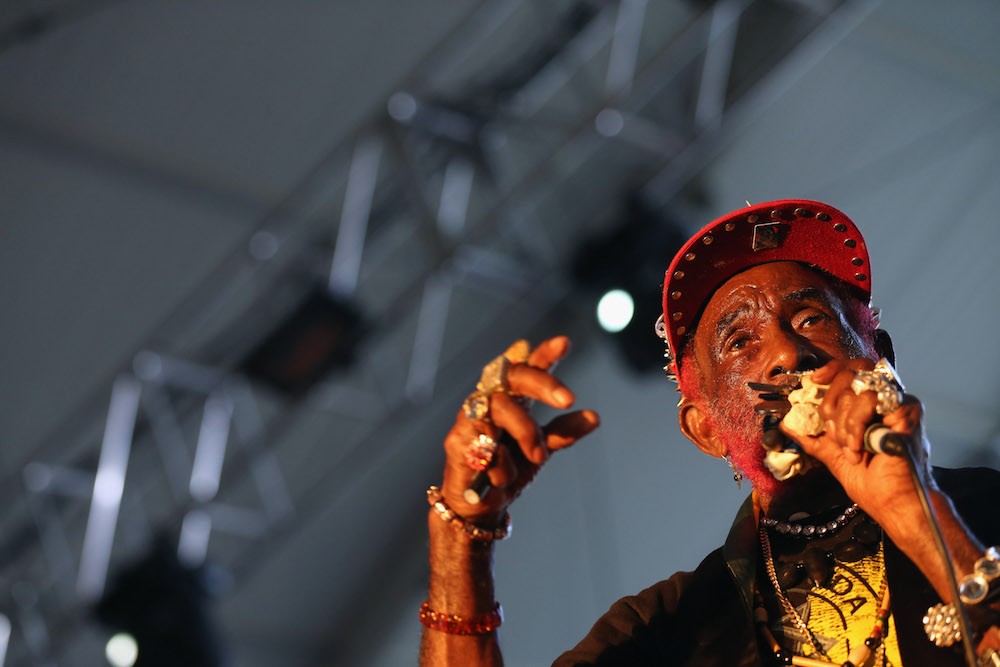 Lee “Scratch” Perry hasn’t been too hot on Kanye West recently. The innovative reggae producer spoke on the Canadian radio show The Strombo Show to talk about a variety of topics when the intrepid star came up near the end of the conversation. West, who’s remained dormant after his photo op with Donald Trump, doesn’t have Perry’s empathy apparently. Perry philosophized that he’s sold his soul and is suffering from a sickness of “batty” (that’s Jamaican slang for “booty” for all you squares).

“I did not sell my soul,” he continued. “I don’t need a bulletproof jacket, and I don’t have a woman with a real big batty because me is not afflicted by big batty.”

For the record, Perry expressed his support for Drake, who he likened to a snake. Watch his comments, which start at 30:20, below.