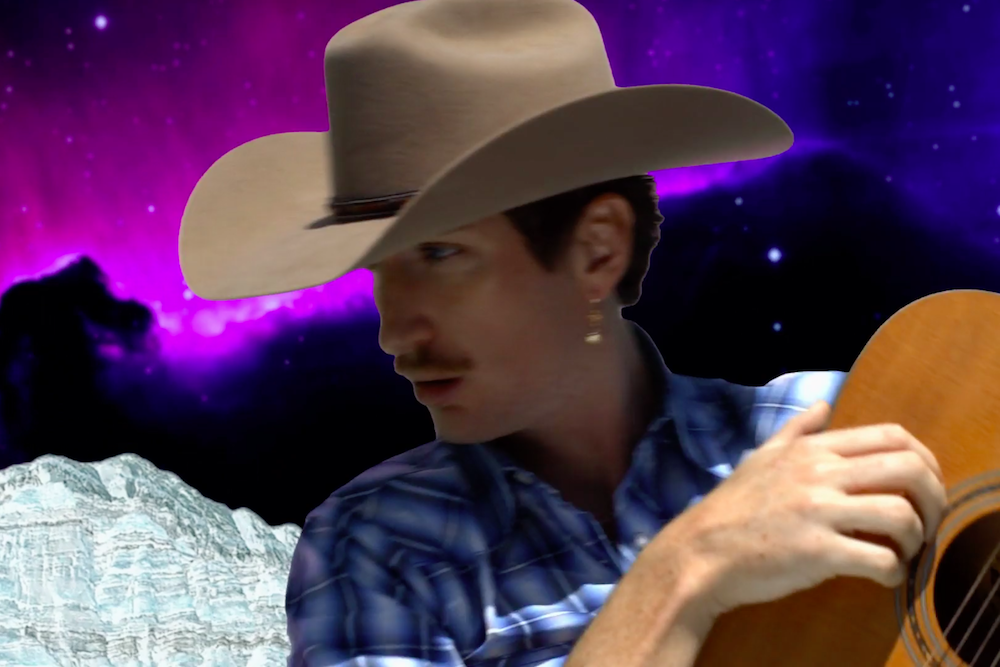 The video for “S.A.D. (Song About Drugs),” by the Aussie weirdo-pop auteur Kirin J Callinan, is the probably the most compelling audiovisual artifact I’ve come across this year. He gets his hair braided; he rocks a pencil-thin John Waters ‘stache; he sings into a gold-plated microphone; he struts and shimmies with a stupidly self-satisfied bearing in a parade of absurd outfits, like the unholy progeny of a Mick Jagger-Anthony Kiedis-Kevin Federline three-way. For a mercifully brief moment, he takes his dick out. The first time I watched it, I hated it, but then I couldn’t stop watching it, and at some point, I decided I loved it. I’ve never seen anything else quite like it.

That means the video for “Living Each Day,” Callinan’s latest, has a high bar to match. (Both songs are from Bravado, his forthcoming second album.) In this one, he’s a cowboy-ish escaped mental patient in Los Angeles. The deranged charisma is still there, as are the silly costumes and props: the fact that Callinan plunks out the song’s peppy glam-rock power chords on a 7-string B.C. Rich guitar, an axe more suited to dour nu-metal sludge, is a delightful comic touch. Ultimately, the clip leans too hard on Tim & Eric-style greenscreen kitsch to reach the same ecstatic high as its predecessor, but it’s still more fun than anything else you’re likely to see from an indie rocker this year. Watch it below.