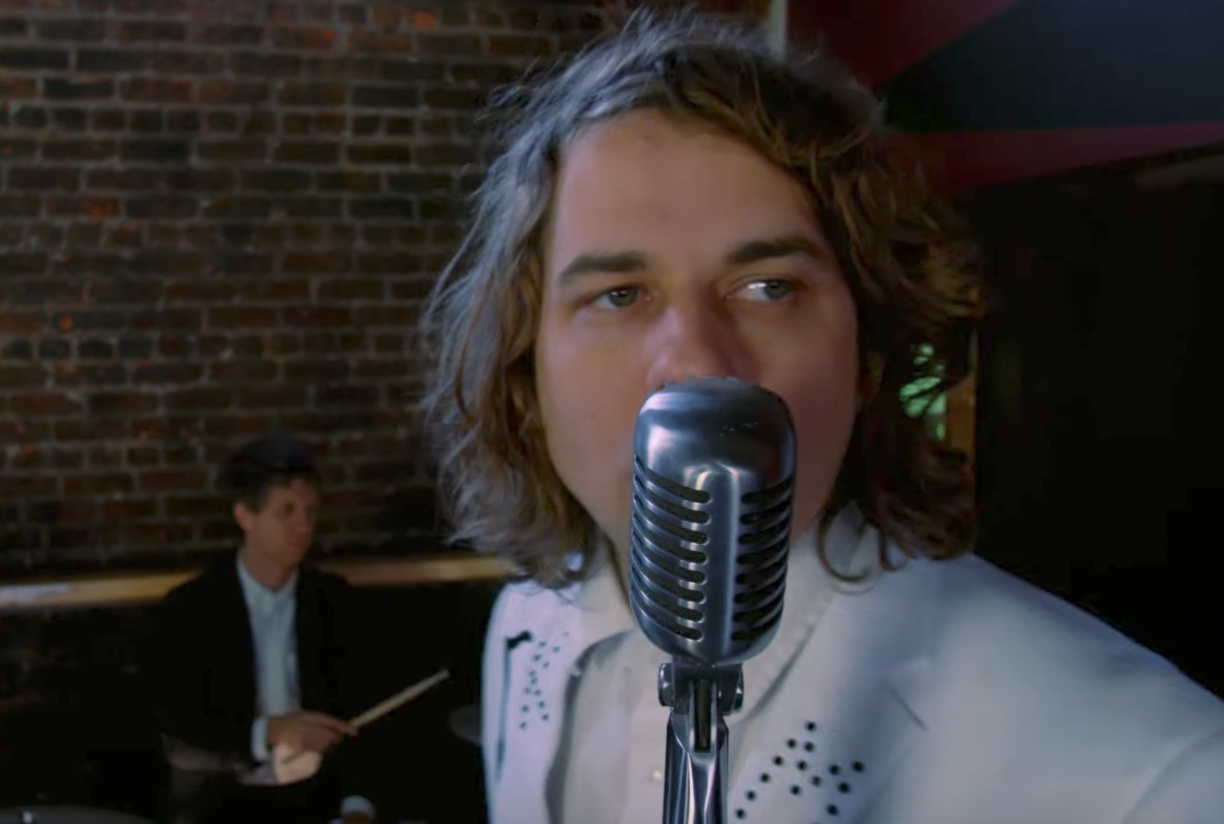 Kevin Morby’s new album City Music, apparently, will run a real gamut of stylistic approaches. The last release from the record was a less-than-two-minute Ramones homage, and his newest–the album’s title track–is an impressionistic, near-7-minute meditation on, as Morby put it in a press release, “the feeling of being elated by a city’s beautiful mania.” It’s opened by a short narration about the joys of exploring the culture and music of “the city.” Morby also clarifies that it’s “more about the guitar than the lyrics,” which is evident from the song’s long, intricate instrumental diversions, dominated by a beautifully harmonized guitar lead.

Watch the surreal video for the song below: It features performance footage of Morby in the middle) below, and appearances from actress Tipper Newton, Rodrigo Amarante, Kyle Thomas (King Tuff), Matt Johnson, and Kim Schifino (Matt & Kim). City Music is out on June 16.