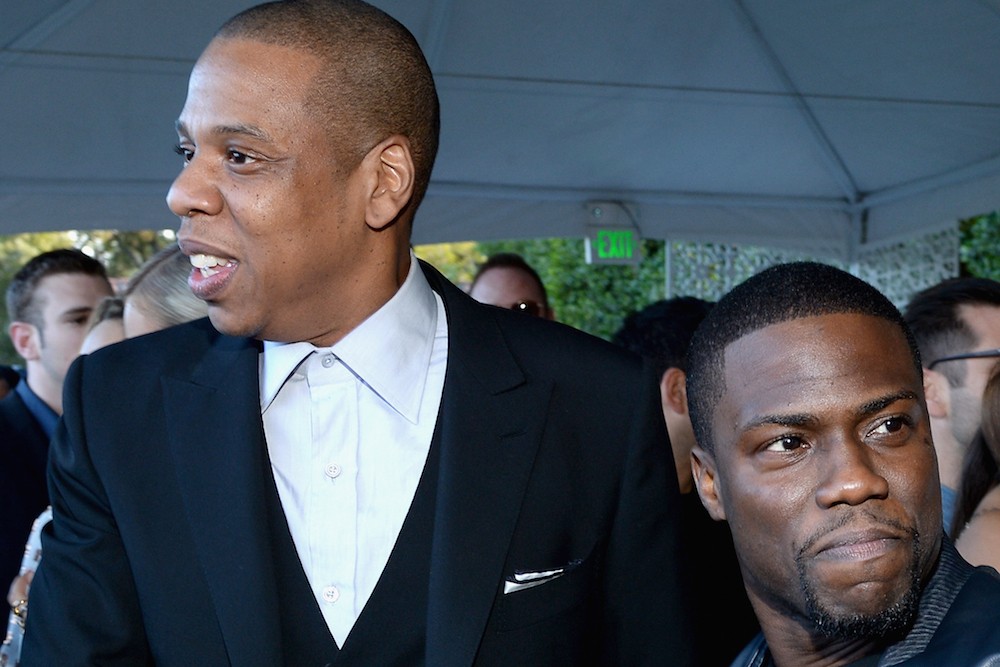 Rihanna wasn’t the only celebrity of note in attendance at last night’s NBA Finals came. Kevin Hart and Jay Z were there, too. However, their presence at the game isn’t as important as you knowing that they’re friends, they smile together, and like shaking each other’s hands.

Although you’d have no reason to believe Hart and Jay Z aren’t actually cool with each other, it makes you wonder about all the candid and friendly black superstar photos over the years. How many of them are genuine? I know they’re not all part of some multi-billion dollar cabal who’s been secretly plotting to corner the cocoa butter industry, but I want to believe.

But bless everyone involved because the photo came out great. 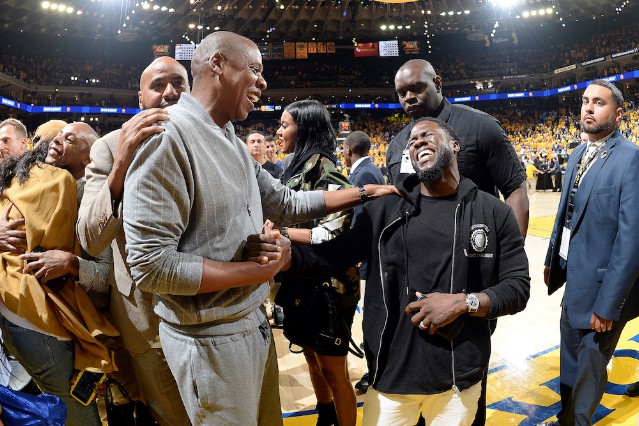