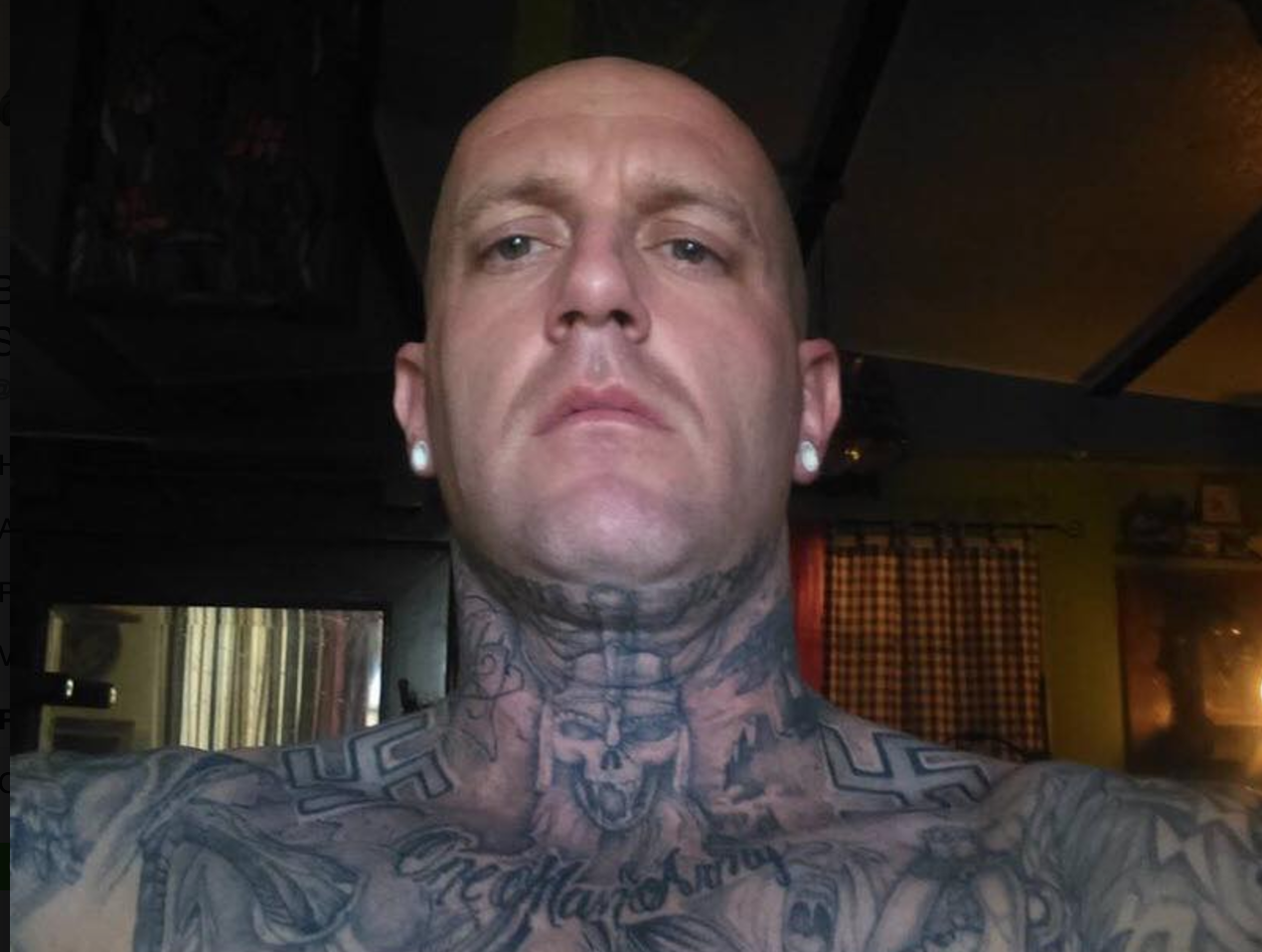 A suspect in an aggravated kidnapping case in Austin, TX, one Derrick Roseland, was apprehended at an Iron Maiden concert on Saturday, after his friend posted their ticket information on social media. The seats were pretty damn good, smack dab in the center behind the floor seats at the AT&T Center in San Antonio. Run to the hills…more like run to the Plaza section!

The Bexar County Sheriff’s department shared the details of the capture on Facebook, in a post entitled “Fugitive’s Concert Cut Short by Facebook and B.C.S.O.,” including the screenshot of the Gmail confirmation email with the seat location that Roseland’s friend had enthusiastically posted on his page. Roseland, it turns out, looks like an Iron Maiden fan–at least, an Iron Maiden fan who is also a Nazi. Note the swastika tattoos on his shoulder, on either side of the skeleton king wearing a Viking helmet, below.

Everyone did good work here and justice was served. You can check out Iron Maiden’s set list for the night over at Setlist.fm. [Statesman]

Unsolved, a New True Crime Series about Tupac and Biggie, Is Coming in 2018