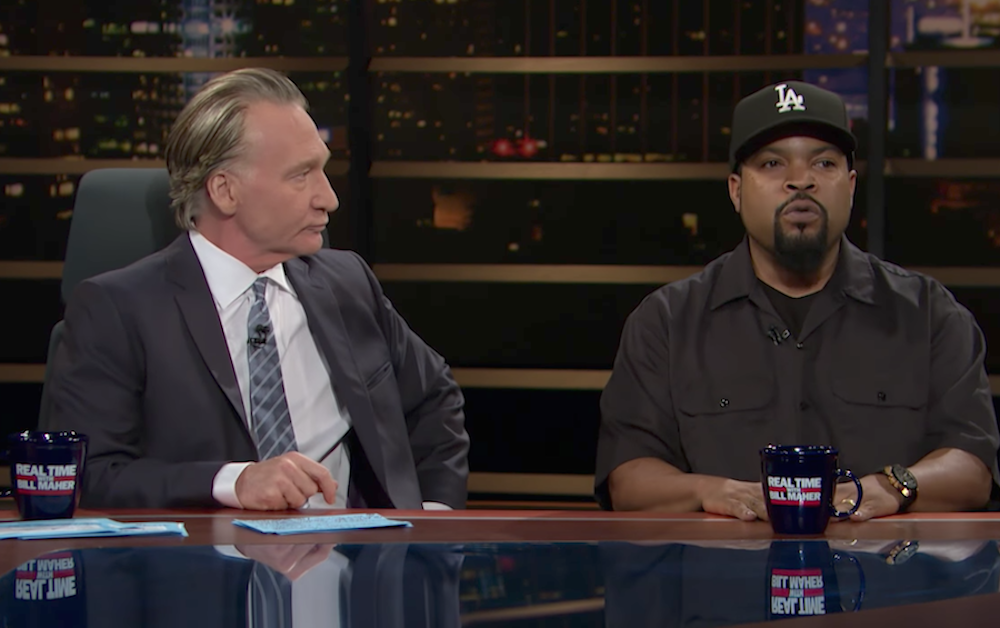 Last night, Bill Maher returned to host his HBO show Real Time for the first time after referring to himself as a “house nigger” in an interview with Sen. Ben Sasse during last week’s episode. One of his guests was Ice Cube, who opened his segment of the show by explaining to Maher exactly why the comment was so offensive.

“I just want to know two questions: What made you think that it was cool to say that?” Cube asked after telling Maher that he knew he was going to “fuck up sooner than later.”

“I just explained there was no thought put into it,” Maher replied. “Comedians, they react. And it was wrong, and I apologized. More than that I can’t do.”

“I accept your apology, but I think we need to get to the root of the psyche,” Cube replied. “Because I think it’s a lot of guys out there, who cross the line ‘cause they a little too familiar or they think they too familiar. Or its guys that you know, might have a black girlfriend or two that made them some Kool-Aid every now and then. And they think they can cross the line. And they can’t. It’s a word that’s been used against us. It’s like a knife, man. You can use it as a weapon or you can use it as a tool. It’s been used as a weapon, against us. By white people. And we not going let that happen again. By nobody. Because it’s not cool.”

“Now I know you heard it’s in the lexicon, everybody talking,” he added. “But that’s our word now. It’s our word now. And you can’t get it back. I know they trying to get it back. I’m not talking about you Bill. I’m talking about guys who cross the line every day because they got some black homies…they think it’s cool. Because when I hear my homie’s say it, it don’t feel like venom. When I hear a white person say it, it feel like that knife stabbing me, even if they don’t mean it.”

Watch the full exchange below.