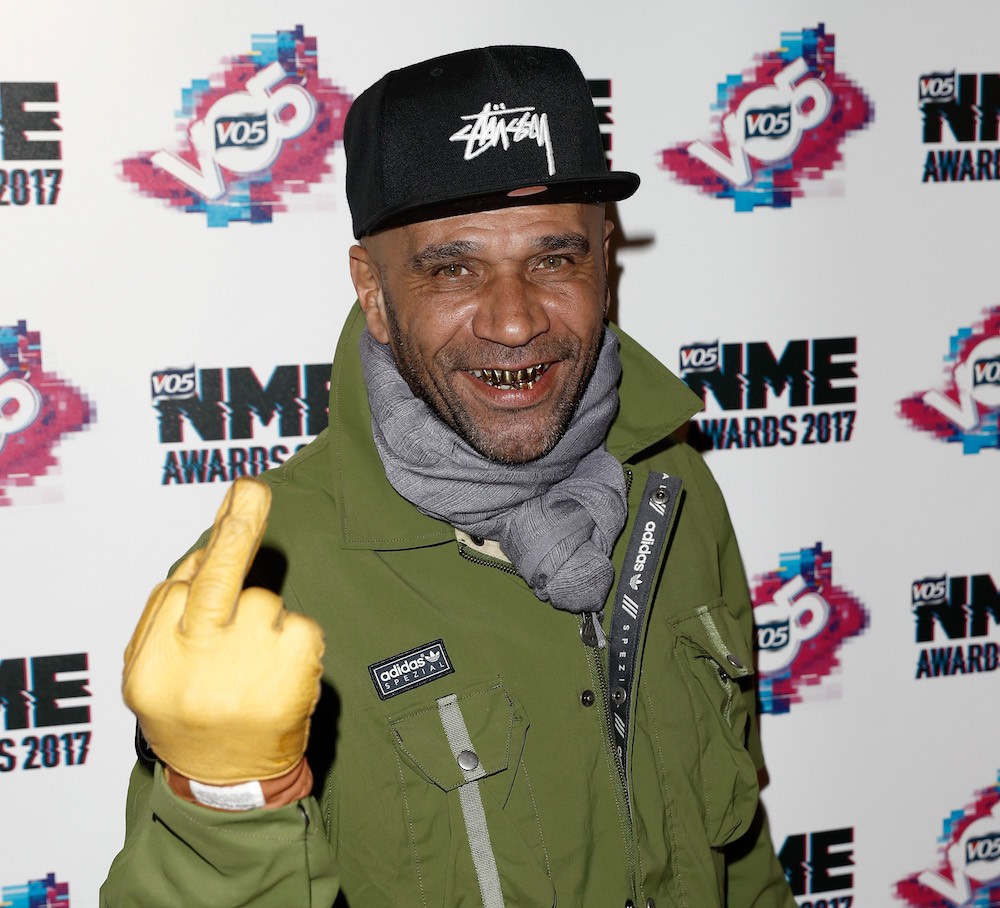 The secret identity of the world-conquering street artist Banksy has been subject to speculation for many years. The guy’s been around for long enough that there are surely some people who know it, and Goldie–the pioneering producer/DJ and former graffiti artist who helped take jungle and DnB from an underground concern to an international one–seems like just the kind of person who’d be in on the secret. That’s why it’s so intriguing that the latter man accidentally referred to Banksy as “Rob” in a recent interview.

The apparent slip-up came during an interview on Distraction Pieces, a podcast hosted by the UK rapper Scroobius Pip. Metro has a snippet:

“Give me a bubble letter, and put it on a t-shirt, and write Banksy on it, and we’re sorted, we’re OK, we’re good. We can sell it now. We can make it something else,” Goldie said. “No disrespect to Rob. I think he’s a brilliant artist. I think he’s flipped the world of art over.”

Metro speculates that the “Rob” Goldie is referring to is Robert Del Naja, aka 3D of Massive Attack. Del Naja also got his start in graffiti, and he’s a longtime friend of Goldie’s. His name has been linked to Banksy’s identity in the past. Last year, a blogger named Craig Williams outlined a theory that Banksy is actually a collective of artists led by Del Naja, citing pieces by Banksy that went up in the same cities where Massive Attack was playing on tour, within days of their concerts there. 3D was an “artist-in-residence” at Banksy’s Israel hotel installation, and massive attack were scheduled to play at his previous Dismaland theme park before pulling out. Last year, Del Naja said that he is a friend of Banksy’s, but denied any further connection. “It would be a good story but sadly not true. Wishful thinking I think,” he told the Daily Mail. “He is a mate as well, he’s been to some of the gigs. It’s purely a matter of logistics and coincidence, nothing more than that.”

There’s also another Rob who has been subject of Banksy speculation: Robin Gunningham, a Bristol man whose name came up in a Daily Mail repot from 2008 and again in a “geographic profiling” investigation from scientists at the Queen Mary University of London last year. A subsequent Daily Beast story also pointed to Gunningham as the real Banksy.