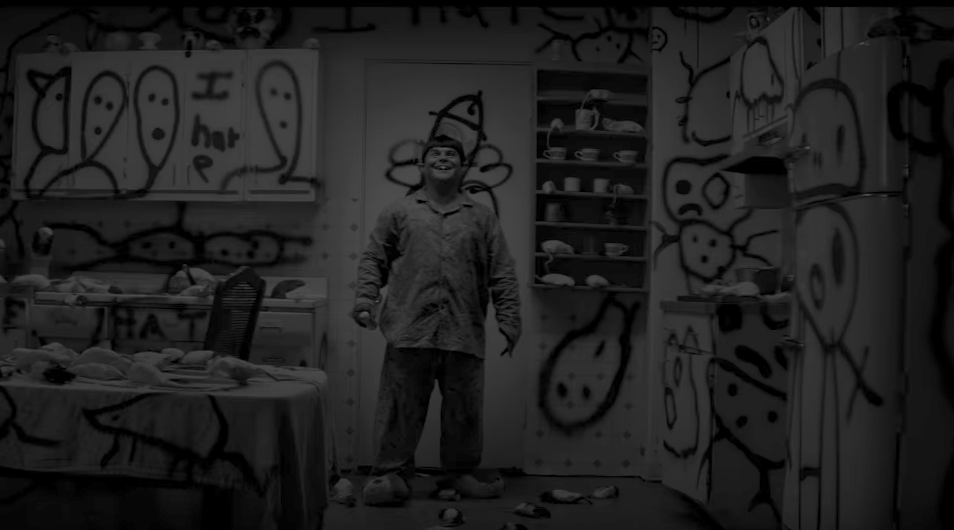 The Yo-landi-directed film focuses on Lil Tommy, a foul-mouthed youth who sleeps with a machine gun above his bed, who is perturbed by the sound of rats roaming in the night. A half-rat version of Yo-landi shows up by his bedside to ask if Tommy likes “boobies,” “guns” and “a lot of fucking rats.” Jack Black is Tommy’s older, freak-ified self, who likes to spray-paint dicks on wall and urinate straight up in the air.