Brian May Made an Incredibly Detailed 18-Minute Unboxing Video for Monopoly: Queen Edition 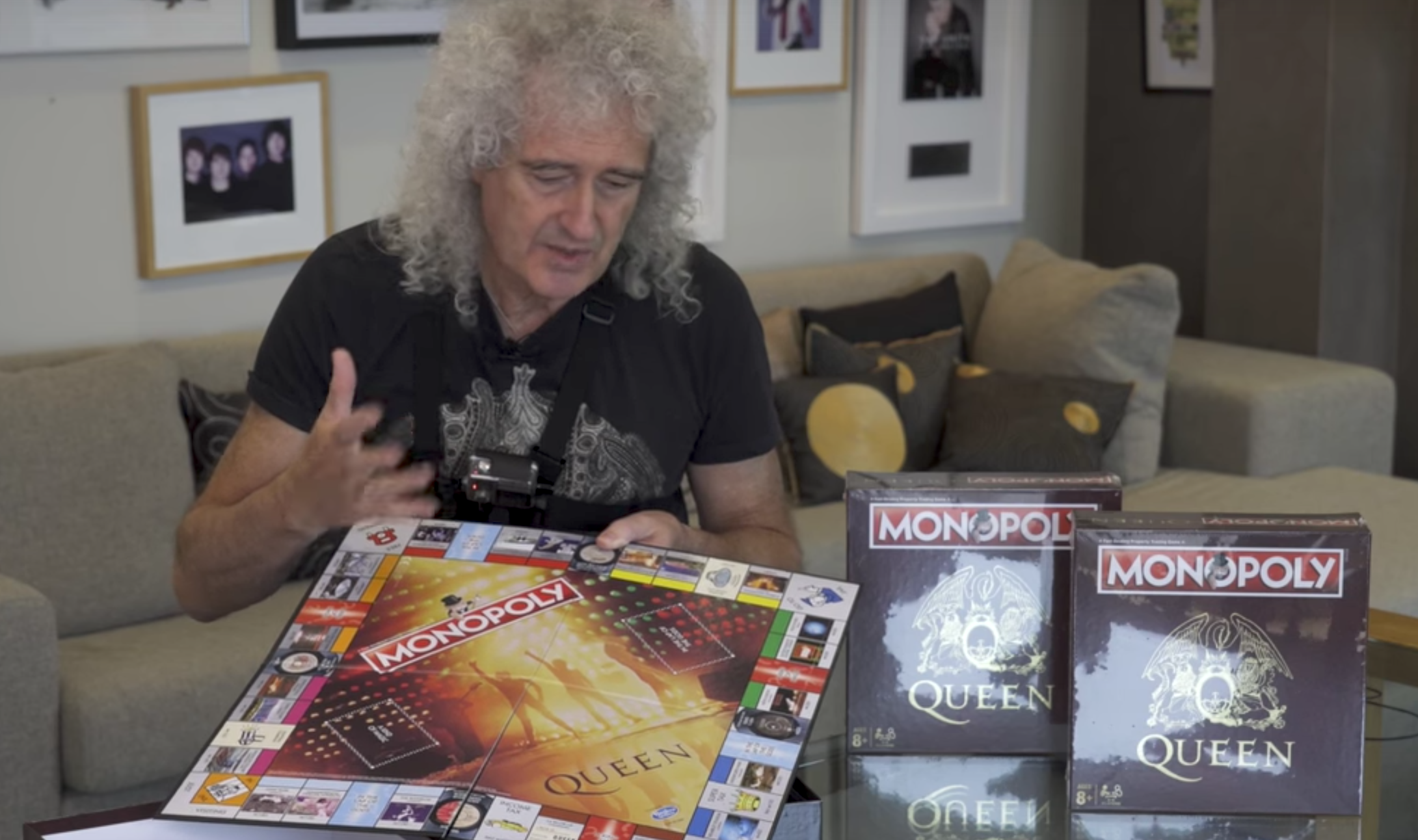 There is now a Monopoly game themed after Queen–specifically, their exploits as one of the greatest arena-rock live acts of all time. You can tour to all the illustrious stadiums and literal palaces Queen played around the world; you can play their biggest hits; you can buy up sound and lighting companies and set pieces to put on the sickest, most disgustingly profitable Queen show ever. I know all of this because I watched all of Queen guitarist Brian May’s 18-minute unboxing video for the game.

May, wearing a GoPro to capture him ripping apart plastic bags full of pieces and rolling die up close, says the current members of Queen treated working on the game with the same seriousness as “making an album.” The legendary guitarist describes the overall concept of the game as such: “This is about Queen live…you’re out there, facing the challenges that people actually do face on the road.” Later: “Monopoly has always been about pursuing money…but in this case, you’re also pursuing excellence in your craft.” There are lots of important alterations to the Monopoly template you need to know about, so don’t give up on the video too soon: “‘Chance’ is not ‘Chance’ anymore – it’s ‘Magic.'”

Though May claims to have been working on Monopoly: Queen Edition for “a year and a half,” he does a good job of pretending like he’s never seen it before, marveling over the packages of “orange things,” “black things,” “golden hoop things” and “Queen-reminiscent tokens” (“Here you have a lady on a bike…she’s a fat bottom girl”) that he’s unwrapping and piecing together. It’s a very fun, weird, and only-sometimes upsetting watch. Sample below.