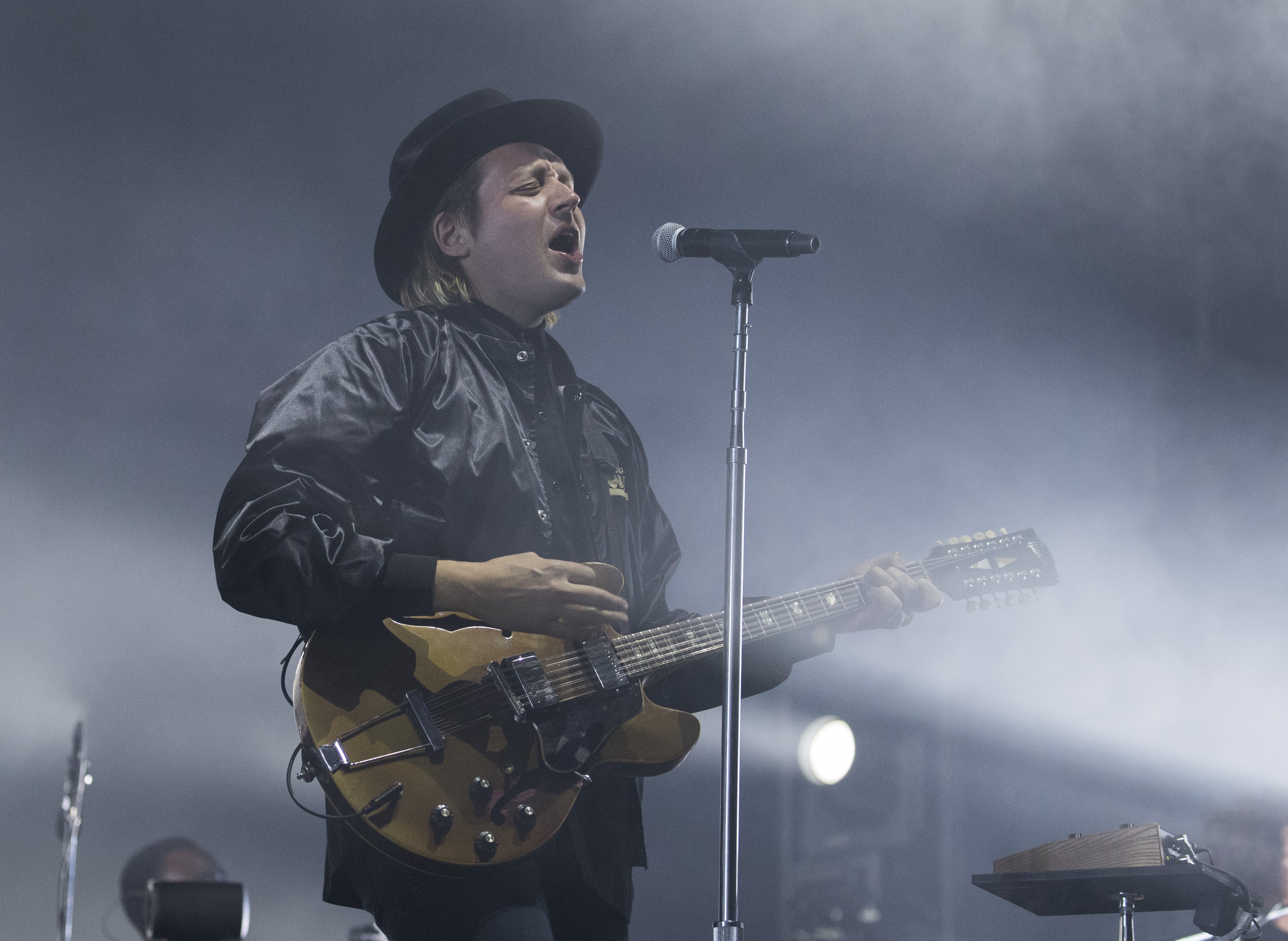 Ever since their Grammy-winning LP The Suburbs, Arcade Fire have rallied against the very foundation of their anthemic sound, pivoting from the soaring vocals and homespun guitars of their early releases toward something more synth-based, with steady disco rhythm. With its roots firmly planted in dance-punk of an earlier era, 2013’s Reflektor pushed the band’s penchant for Grand Gestures and Big Ideas toward comical levels of self-parody with a brackish, inconsistent mix of sounds across its long (and largely lackluster) James Murphy-produced double-LP.

But the theatrics didn’t end with Reflektor. In the four years since the album’s release, the band has continued to enjoy its status as one of the World’s Most Important Bands, performing surprise sets at massive festivals and, of course, teasing the new music for what’s now seemed like an eternity.

After two slickly-produced singles that signaled a move toward more studio fanfare, “Signs of Life” feels like a continuation of the sound they’ve been searching for. Atop stomping kicks and handclaps, the track drops in a tight funk bassline, with a melody soon echoed in parallel horns. Lyrically, the single follows kids waiting in line outside of a show, with Win Butler questioning their relevance in the current, perhaps content-driven internet climate. “Those cool kids, stuck in the past / Apartments of cigarette ash,” Butler sings with a cutting edge. It’s more James Murphy than ABBA, and feels oddly in the spirit of LCD Soundsystem’s Sound of Silver, even if co-produced by Daft Punk’s Thomas Bangalter.

While the caustic critique fizzles out pretty quickly in favor of a nice groove, the track makes a strong case for a return to smooth disco hi-fi, even if it’s far removed from what we came to love about the band to begin with. It feels slight in comparison to the album’s other singles, but not disappointingly so. As it builds around palm-muted guitars and steady blasts of warm brass, “Signs of Life” is a modest and compelling track from a band known for their overblown antics.