It’s not like Amber Coffman set out to write a revenge album. City of No Reply, the debut solo album from the former Dirty Projectors member, was completed in November 2015. Thanks to the cryptic horology of album delays, we’re hearing it months after Dirty Projectors, the album Coffman’s ex, Dave Longstreth, wrote about their breakup. On that record, he skewers her for a perceived failure to be a sufficiently serious artiste—but before that ever happened, he helped produce Reply, peppering it with his signature shudders and carefully raked beds of robo-harmonies. Coffman is no longer speaking to him, and good riddance, really.

You’d be a saint to approach City of No Reply without an eye to the he said/she said of it all, and if Coffman’s choice of album title seems a little standoffish, it’s because she’s not interested in indulging any more than she has. The first two songs (“All to Myself” and “No Coffee”) are so pleasant and fun they feel like little miracles. They run on long, mellifluous hooks that ask to be sung out in full: “Don’t need no coffee, I’m wide awake / I’m not one for sleeping when your love is at stake.” The effortlessness sounds like it took ages to perfect. Gory details aren’t Coffman’s style, thankfully, because no one could write a tune as breezy as “No Coffee” about how insufferable it must be to break up with Dave Longstreth.

Though Longstreth’s Projector-y production touches are unmissable, songs like these are Coffman’s strength. They radiate sunny confidence; they’re instantly likable in an easy-listening sort of way. Reply’s strong opening tracks are followed by the offhand funk of “Dark Night,” which pairs Motown-inflected pop with Dirty Projectors’ eccentric percussion and blown-out bass. The first influence comes through in refrains of “I’ll be there,” the second in stubborn refusal to behave like a regular pop song. The best bit of topline (“Baby, when the future calls / Pick up and talk to it”) crops up twice in truncated form before playing out the final 30 seconds.

All of Coffman’s metaphors are this straightforward, by the way: water flowing, doors opening, wind blowing, flowers growing. She’s a naturalist, and her understanding of love sounds—well, not easy, but eternally renewing. The title track plays on a kind of subclinical synesthesia of Hoffman’s new home in California, setting a vision of saddling up for a desert ride to a corkscrewed ska trot and a synth like a silent film organ. 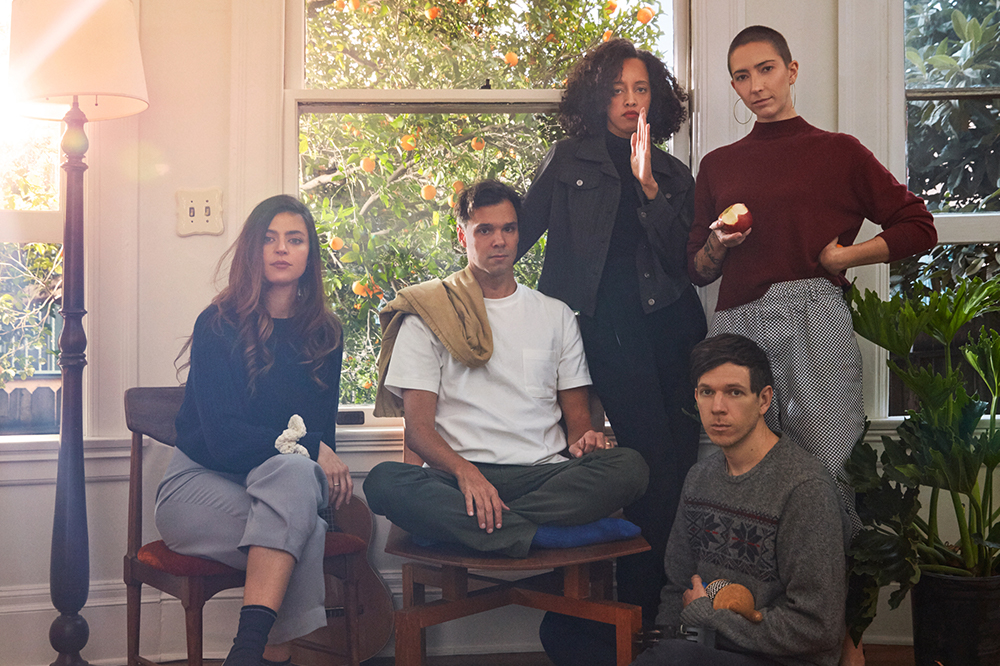 Reply slows down on “Do You Believe”—where Coffman is backed by birds chirps and soft owl hoots—and the second half is tailored more closely to her tastes as an R&B fan. It’s slower, subtler, and less instantly memorable. As if the breakup narrative were running backwards, she slips from her most unburdened back to her sensitive side. “Love is hard,” she reflects on “If You Want My Heart,” over an insistent bass line and satiny horn crests. “But love is how we, mmm”—pausing to think about it—”We can be the best we are.”

The brighter moments of the second half can be interesting, but never as achingly perfect as that opening stretch. On “Nobody Knows,” what sounds like rawhide hand drum hits tightened up and sampled in ping-ponging stereo (an extremely Longstreth move) command more attention than Coffman’s lyrics do. “Under the Sun” brings in a peculiarly groovy guitar line and a Feist-like vocal texture, but the sentiment is all Sheryl Crow: “Love and music keep me happy / Under the sun is where I stay.” Well, okay.

Reply is more approachable than anything Dirty Projectors have ever released. Its purposefully two-sided construction seems designed for Sunday morning listening, though if you were to buy it on vinyl, I couldn’t promise you’ll always make it to side B. It’s hard to pinpoint what’s missing, other than the obvious: anger, frustration, fear, all of the negative emotions in between heartbreak and getting over it. But Coffman didn’t set out to write an angsty revenge album. Maybe she didn’t have a reason to. The breakup narrative was flipped; she took the high road before she knew where it would end.