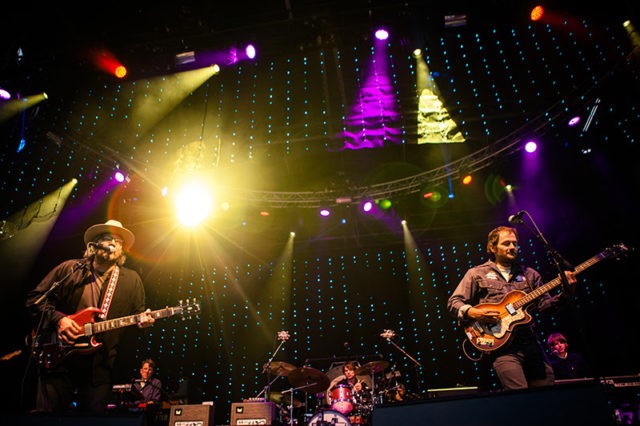 What’s the best Wilco album? That’s easy: Yankee Hotel Foxtrot. Except maybe you like Being There better, or A Ghost Is Born, or The Whole Love. You certainly could make a strong case for Summerteeth. Really, there’s a decent chance any of the band’s 10 albums is your favorite. The catalog runs deep.

That means the gimmick for Wilco’s Friday set at Solid Sound Festival this year is not as open-and-shut as it might seem. The band “will perform one of its studio albums in its entirety, with songs performed in their original track-listed order,” and the album will be decided by a fan vote. Voting is open now at the festival website, though it’s unclear when polls close. At press time, Yankee Hotel Foxtrot and Being There are running neck-and-neck.

The performance will go down Friday, 6/23 during Solid Sound at MASS MoCA in North Adams, Mass. Jeff Tweedy’s new solo album Together At Last is out the same day.

FWIW Yankee Hotel Foxtrot is totally the best Wilco album, and all the other ones I didn’t name don’t deserve to be in this conversation.

This story originally appeared at Stereogum.