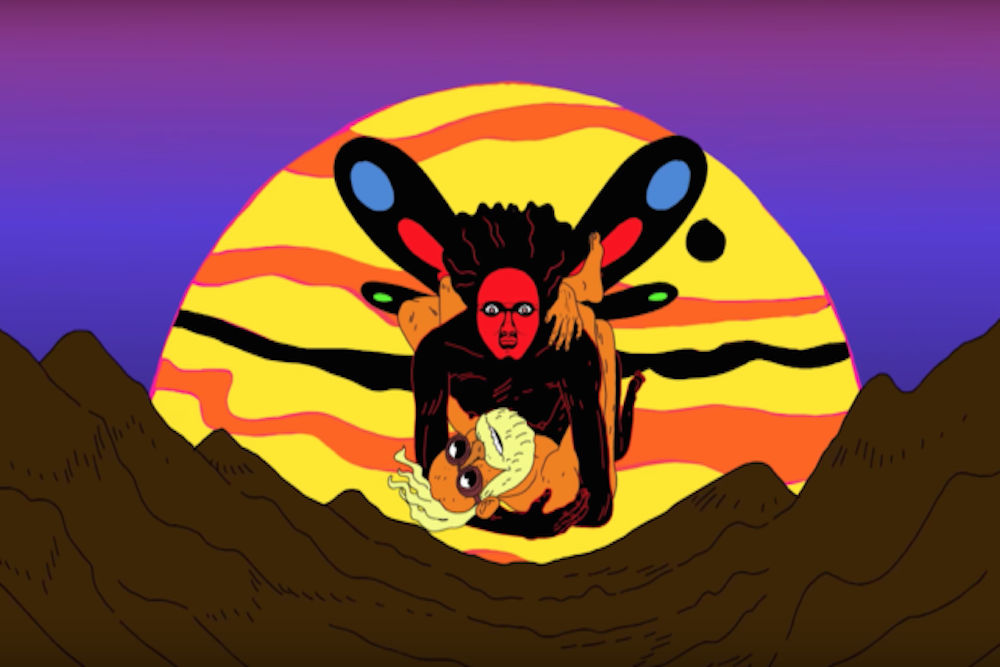 Strand of Oaks have released a new video for their song “Everything.” Hard Love, the Tim Showalter project’s fifth album, was released in February of this year. The band also contributed to the Our First 100 Days project and recently performed on CBS This Morning.

Depicting spiders, drunkards, and other absurd creatures and characters, the video is colorful, freakish, and leaves you feeling slightly uncomfortable. It was animated by Showalter’s fellow musician Chad VanGaalen. Watch it below.