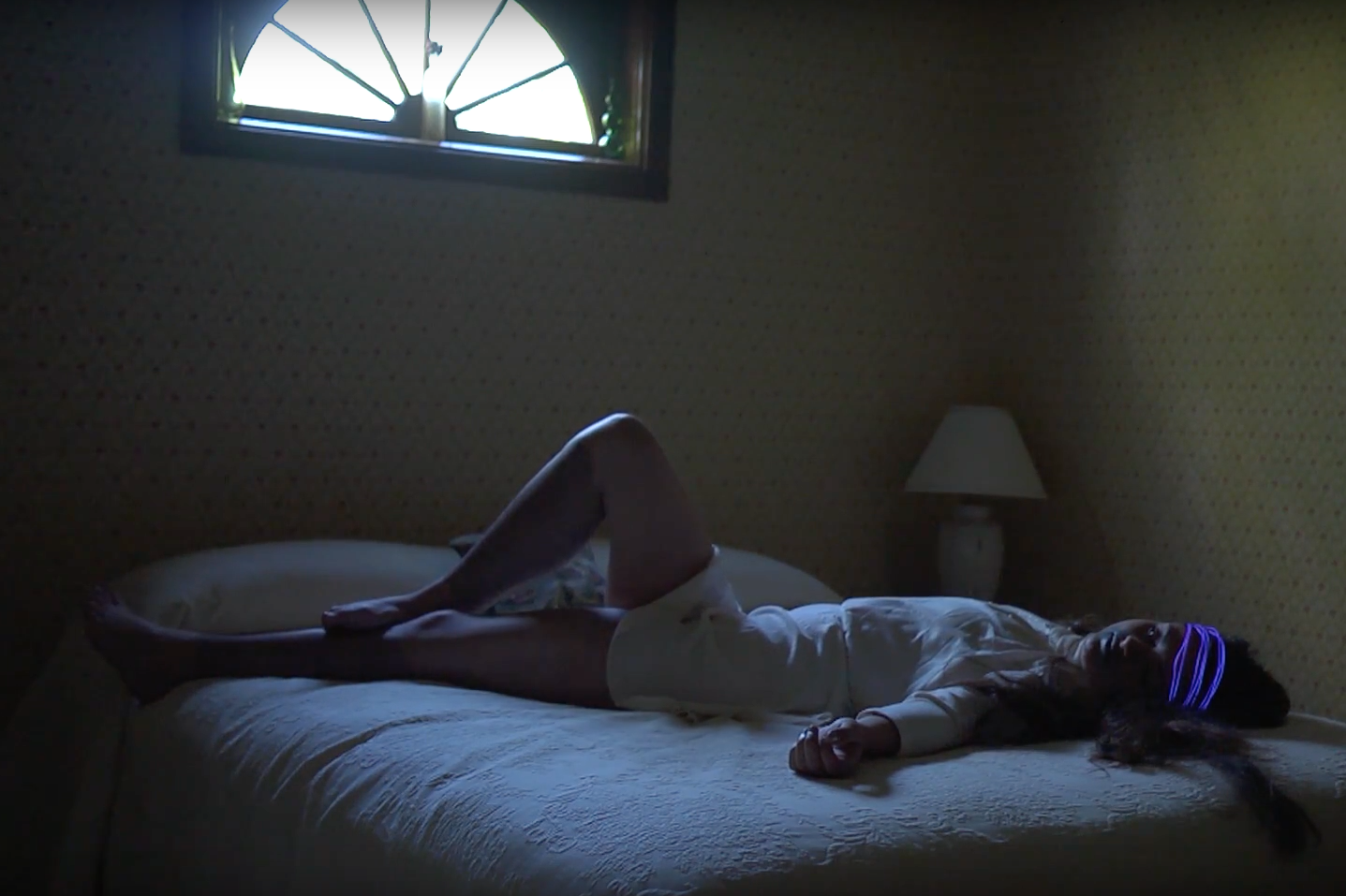 In March, Oakland singer-songwriter Jay Som (a.k.a. Melina Duterte) released her first proper full-length album, Everybody Works. She’s just shared a new video for the song- “One More Time, Please,” and like an earlier video for “Ghost,” it features a young woman on a quasi-surreal journey through her own home. But the star of “One More Time, Please” appears anxious and frantic: She claws at the carpet, recoils from the camera, shaves her legs, then draws the hair back on with a pen.

The new video was directed by Christopher Good and Andreina Byrne, who explained it thusly:

We wanted to honor the heaviness of Melina’s lyrics by channeling the essence of madness many feel while attempting to live up to societal standards, behaviors or even personal obsessions. This madness can become mentally and physically enslaving. We follow the main character as she attempts to satisfy these standards/obsessions until she realizes her obsession with such is more of an internalized threat. This realization of her own obsessive state guides her to find her own peace of mind and acceptance of herself.

Watch “One More Time, Please” below.