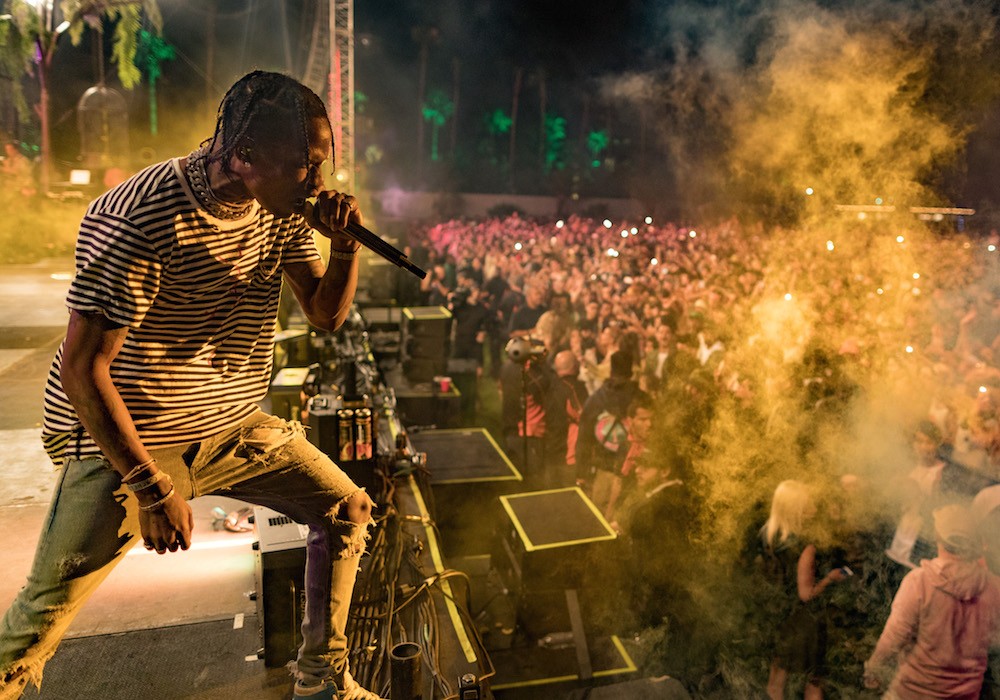 During his show Sunday night at Terminal 5, Travis Scott encouraged at least one fan to jump from the venue’s second floor balcony, telling him, “I see you, but are you gon’ do it?” That fan leapt and landed safely. Another fan who apparently attempted the feat, however, wasn’t as lucky and appeared to seriously injure both of his legs.

Scott initially rewarded the injured fan with one of his rings, telling his security to put the jewelry on the young man’s finger. But a free ring, no matter how nice, probably isn’t enough to prevent, or lessen the impact, of any potential lawsuits, so last night Scott’s team released a official statement about the incident.

“The safety of everyone is held in the highest regard and we are currently conducting an internal investigation to ensure that this does not happen again,” the statement reads. “We are deeply concerned about the guest who was injured and intend to offer him our support.”

According to Pitchfork, Scott’s team has been in touch with the fan and is working to determine if he jumped or if he was pushed.