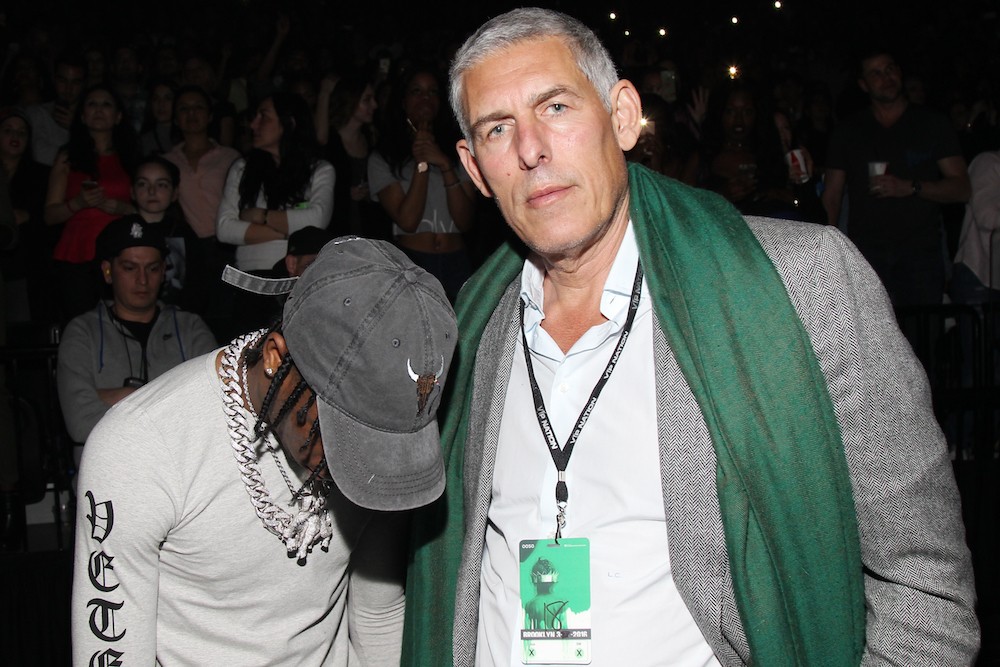 After having fans jump off balconies at last weekend’s NYC show, Travis Scott is facing unrelated legal heat from Lyor Cohen’s LCAR management company, according to TMZ. LCAR is claiming that Travis owes them 15 percent of everything he makes in entertainment after the signing of a three-year contract with them. The suit also states that the company has only received $37,000, a fraction of the $2 million they think they’re owed.

Sources close to Travis acknowledged to TMZ that a deal with LCAR had been in place, but they claim the company didn’t hold of their end of the contract. Instead, Travis’ team had to do management duties by themselves because Cohen’s company “weren’t lifting a finger for him.” So, they left for another management team. All told, it’s not quite as bad as, say, breaking your leg at a concert after your favorite rapper told you to jump off a balcony.