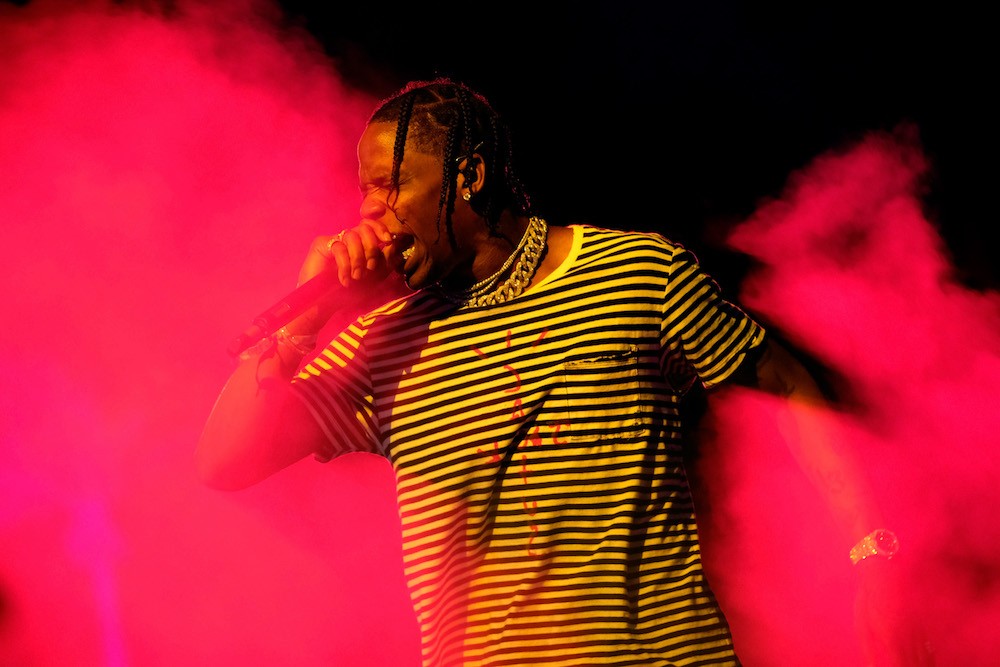 Travis Scott has spent the past few months getting sued, giving his fans bad advice, and getting charged with inciting a riot. However, he hasn’t forgotten to drop new music. The wunderkind decided to release three songs last night: the Playboi Carti-featuring “Green & Purple,” “Butterfly Effect,” and “A man.”

Scott, whose current Kendrick Lamar-starring single “Goosebumps” is one of the Top 40 songs in the country right now, has also been prepping his upcoming album AstroWorld. There’s no word on if any of these songs will make the project, but you can listen to them below. Scott is also getting ready to open for Kendrick’s DAMN. tour.