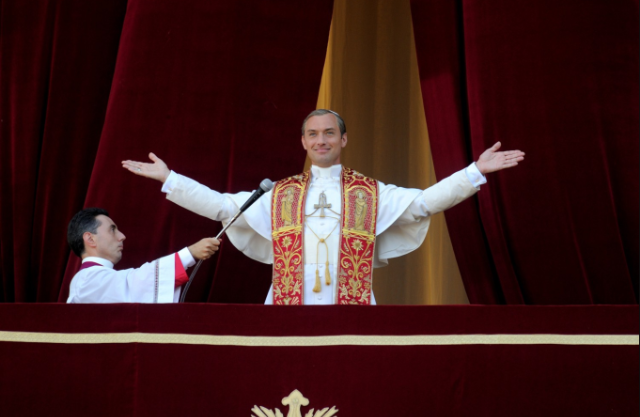 When the credits rolled “END” on Paolo Sorrentino’s HBO/Sky Media limited series The Young Pope, we really thought it was the end of the Italian director’s serialized papal exploration. Now Variety reports that, following some worrying rumors about a second season of the show, Sorrentino is producing, co-writing, and directing another series “set in the world of the modern papacy,” and it’s called… The New Pope.

It will not be a literal sequel to The Young Pope, but Variety’s sources claim that “there will be certainly be elements in The New Pope that refer strongly back to The Young Pope, and some of the characters from the earlier show will return for the new series.” No word on Pope Lenny, specifically, though Variety’s sources wouldn’t rule out a reappearance from Jude Law.

Is the world really ready for Paolo Sorrentino’s pope-Fargo? We’ll have to wait and see. The New Pope is set to begin production in late 2018.

A Requiem for The Young Pope, The Craziest HBO Show of All Time

What’s the Deal With HBO’s The Young Pope?