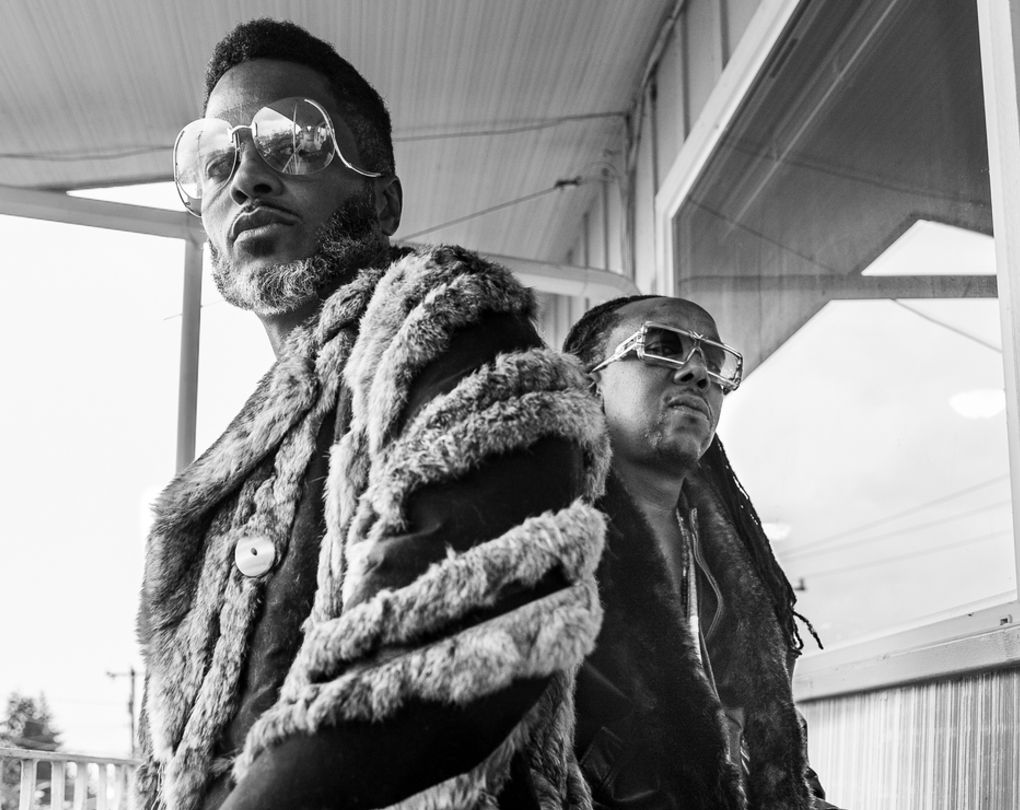 At the end of last month, underground-rap chameleons Shabazz Palaces announced a new album, Quazarz: Born on a Gangster Star, which is set to be released via Sub Pop on July 14, and shared its first single. But it appears that Gangster Star is not all there is to the group’s 2017, nor to the chronicles of Quazarz, who is the group’s invented extraterrestrial “musical emissary” on the album. Indeed, another full-length record called Quazarz vs. The Jealous Machines, a so-called “monozygotic twin” to Born on a Gangster Star, is scheduled to be released the same day.

The album, according to the label’s description, finds Quazarz discovering “a world where humankind’s relationship with their tech-devices has become weirdly sensual, seducing a sedentary seamlessness with humans, while capturing and incarcerating the results of their imagination.”  Sub Pop has also shared a lyric video for the album’s first single: a sinister, blown-out track called “30 Clip Extension,” which takes the listener on a tour through American history of the past 50 years and continually mocks “your favorite rapper.” Listen and watch below, and check out the full tracklist and tripped-out album art over at Sub Pop’s site.