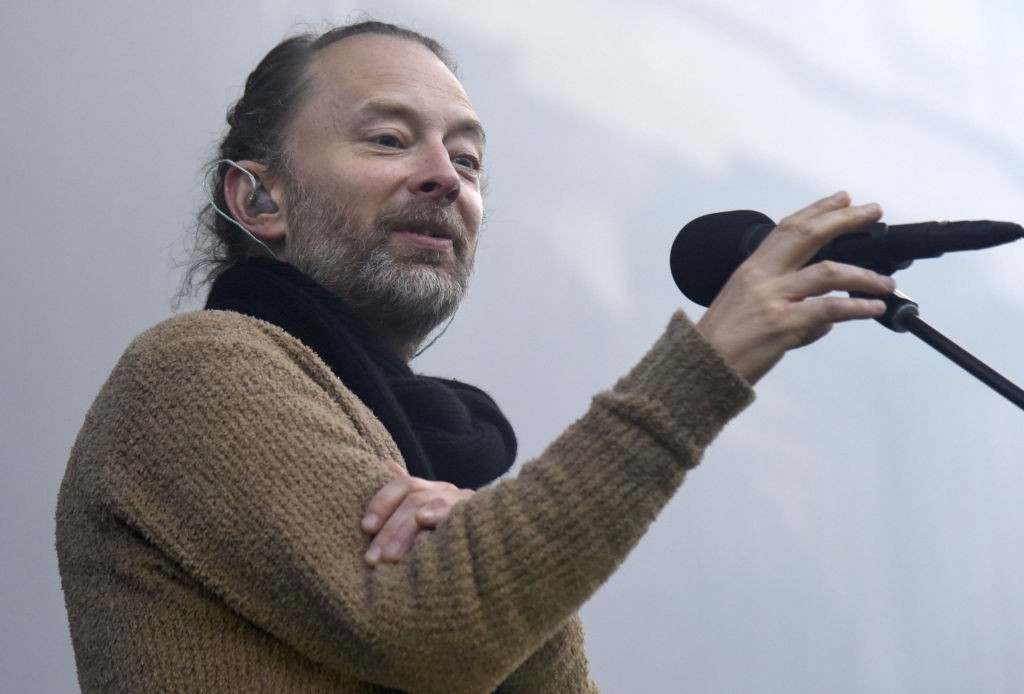 Rolling Stone’s newest cover story is a profile of Radiohead, in which members of the band look back at the fraught, throw-anything-at-the-wall time period that birthed OK Computer, their most beloved album, which is turning 20 this month. The fascinating piece describes Thom Yorke’s real-life paranoiac episodes during the making of the record, his obscure tour-bus sketches about technology and The Hitchhiker’s Guide to Galaxy (which inspired the album’s title), and the experimentation he and Nigel Godrich, especially, delved into in the supposedly-haunted British mansion where they were recording (“Ghosts would talk to me while I was asleep,” Yorke claims).

In the end, Yorke’s assessment of the record, after looking through old notes in preparation for the record’s upcoming 20th anniversary deluxe edition OKNOTOK (which features unreleased art and a few new tracks from the sessions), is that “‘[the] whole album is really fucking geeky…I was kind of a geek when I was a kid, unashamedly so. Then I’m in this rock band famous for drinking tea and never socializing, where the truth is somewhat different.'”

There are some other very tidbits in the article, like the revelation that Yorke’s iPhone case has a sticker reading “Fuck what you heard” on it, and that his favorite restaurant in L.A. opens early especially for him. There’s also an intimation that what might come next for the band is a “drum-guitar-bass”-style album recorded “live as a band.” It would be something of a concession for Yorke, it seems, but he says “[if] that’s what people want to try, I’m too old to be standing there with a hammer and saying, ‘We must do this, we must do that!’ I would like everyone to feel free.”

Read the full story over at Rolling Stone.