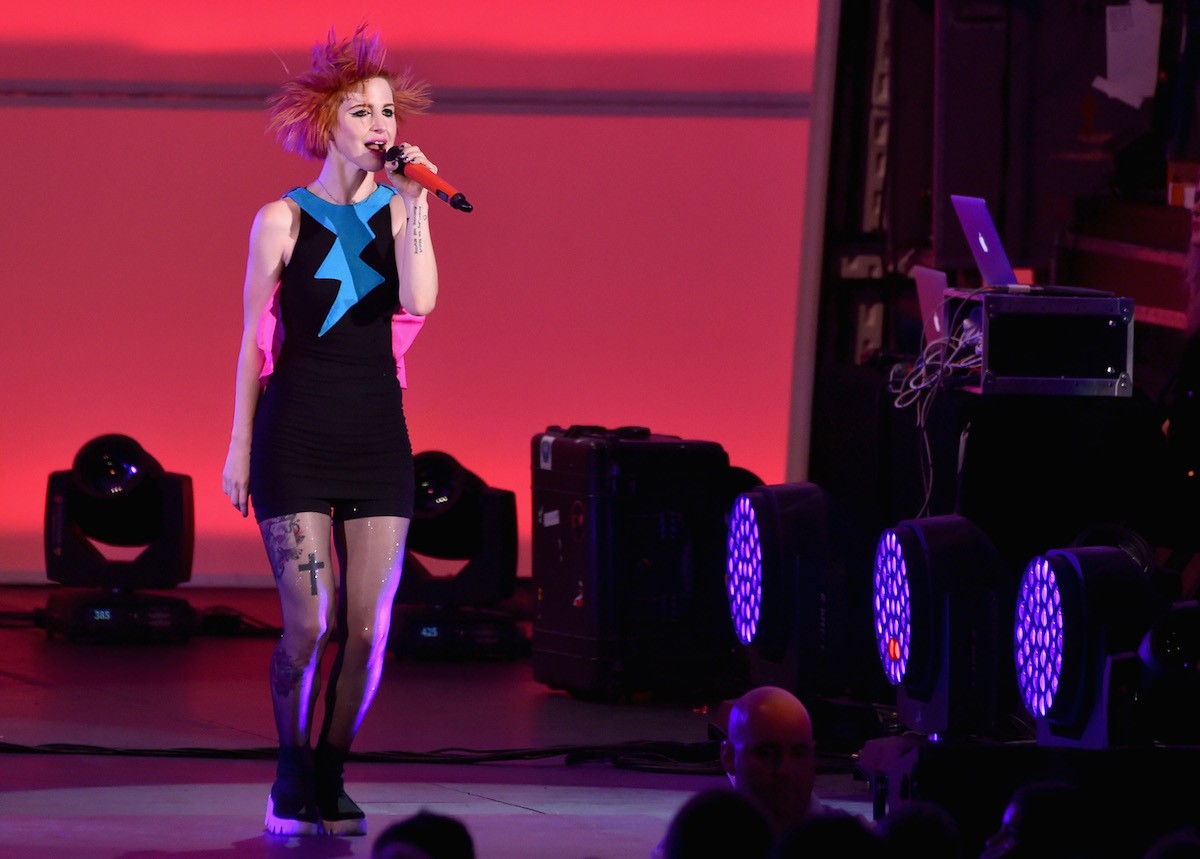 Paramore’s last album, self-titled and released in 2013, featured two big and shiny, real-ass pop songs: “Still Into You” and “Ain’t It Fun,” which carried barely any hint of Paramore’s emo-indebted past. But those singles were sandwiched by two, “Now” and “Daydreaming,” that were more of what people expected to hear from the band—hooky and charismatic rock songs, but rock songs nonetheless.

It seems clear now, though, that Paramore are going pop and not looking back. “Hard Times”—the first single off the ever-evolving band’s forthcoming album After Laughter—was no a fake out. “Told You So,” their newly released single off After Laughter, which is out next Friday, is spiky and fluorescent, built around the sort of jagged guitar groove that Paramore have gotten very good at spitting out. But it’s softened around the edges by mists of synths and a bouncy marimba figure that give the song the weight of a feather. This is a notion of pop torn from decades past—guitar and electronics melding together for a brisk three-minute single.

Still, there is something darker swirling within the song, a pessimistic back-and-forth between singer Hayley Williams and an unstated opponent, though possibly some departed band mates. The guitars turn downbeat at points, like smiles melting into frowns. The chorus—”I hate to say I told you so / But they love to say they told me so”—is left unresolved as the song fades out,  but there’s a point that feels telling in the second verse, when Williams sings, “I know you like / When I admit that I was wrong and you were right.” The final word is pitched-down into a garble, as if Williams can’t bear to finish the sentence.