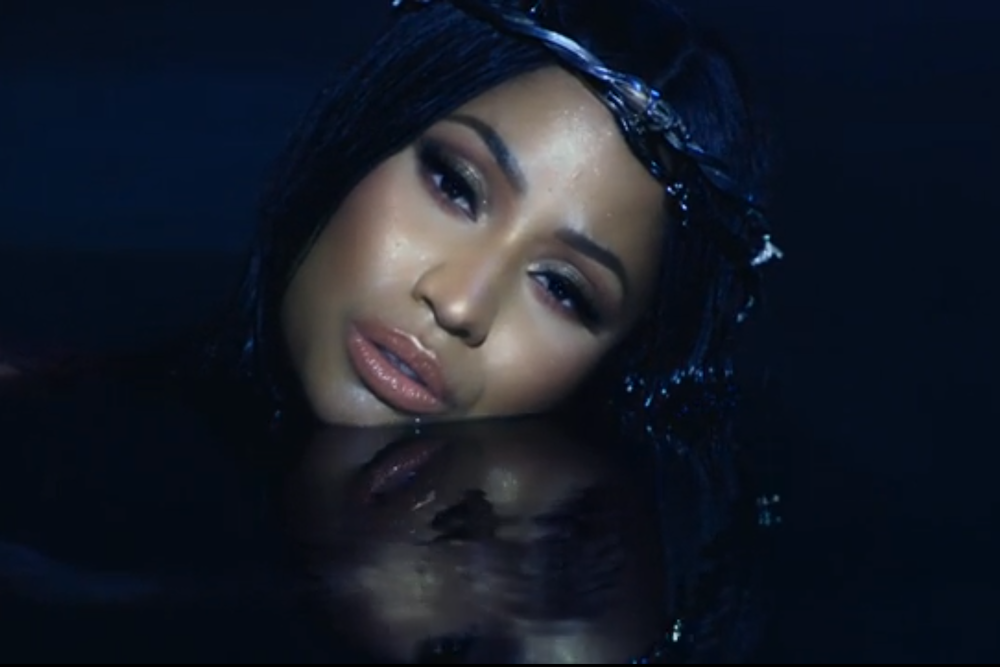 After teasing it throughout the weekend, Nicki Minaj has finally released the video for “Regret in Your Tears.” The video, which uses the Amazonian aesthetic she mined in previous short films, is directed by European videographers Mert and Marcus. The flick was supposed to premiere this morning, but Nicki said it was postponed because of visible nipples. Can’t have that.

Ok #TruthTea vid would've been out this am but then I got to the FINAL shot & realized I could see NIPPLES!!!! I screamed!!! Lawddd!!!

The “Regret in Your Tears” video follows the visuals for “No Frauds.” Watch the Tidal exclusive below.