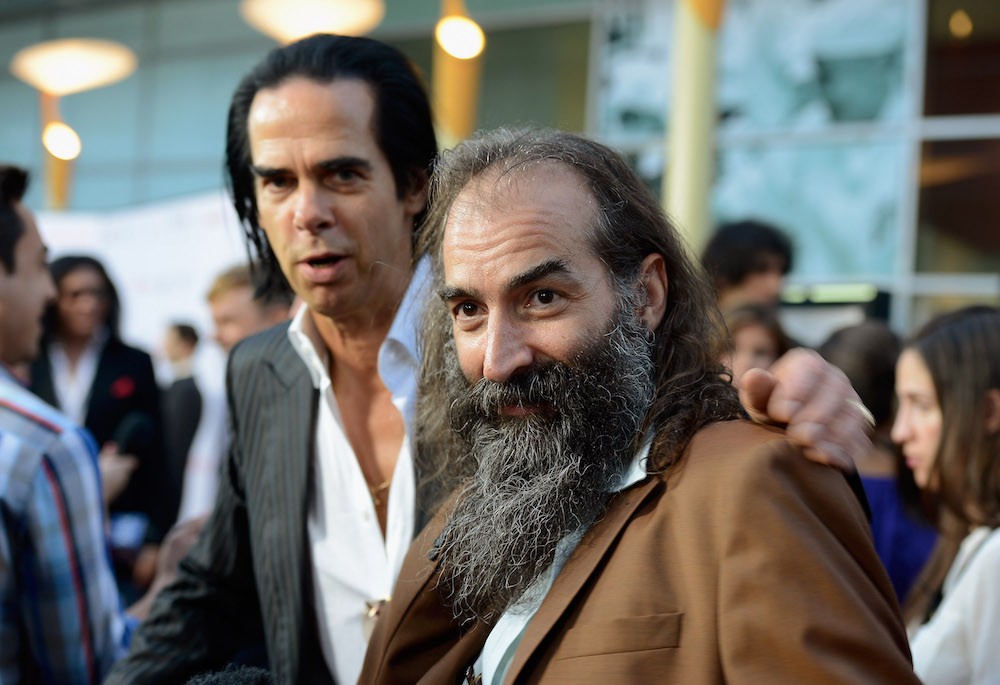 On the heels of their work on the National Geographic series Mars and the great modern Western film Hell or High Water, Nick Cave and his Bad Seeds bandmate Warren Ellis are back with a score for the upcoming Netflix original film War Machine. Today, Cave and Ellis shared the film’s titular theme.

War Machine, which stars Brad Pitt, is a satirical look at the War in Afghanistan, based on a nonfiction book by Michael Hastings. “We developed a kind of ‘spiritual electronics’ that captured both the melancholy and the terrible absurdity of the Afghan war,” Cave and Ellis said in a statement. The theme, filled with looping atmospheric electronics, isn’t dissimilar from the music on The Skeleton Tree, the most recent Bad Seeds album–you almost expect to hear Cave start crooning halfway through. Hear it below via Pitchfork.