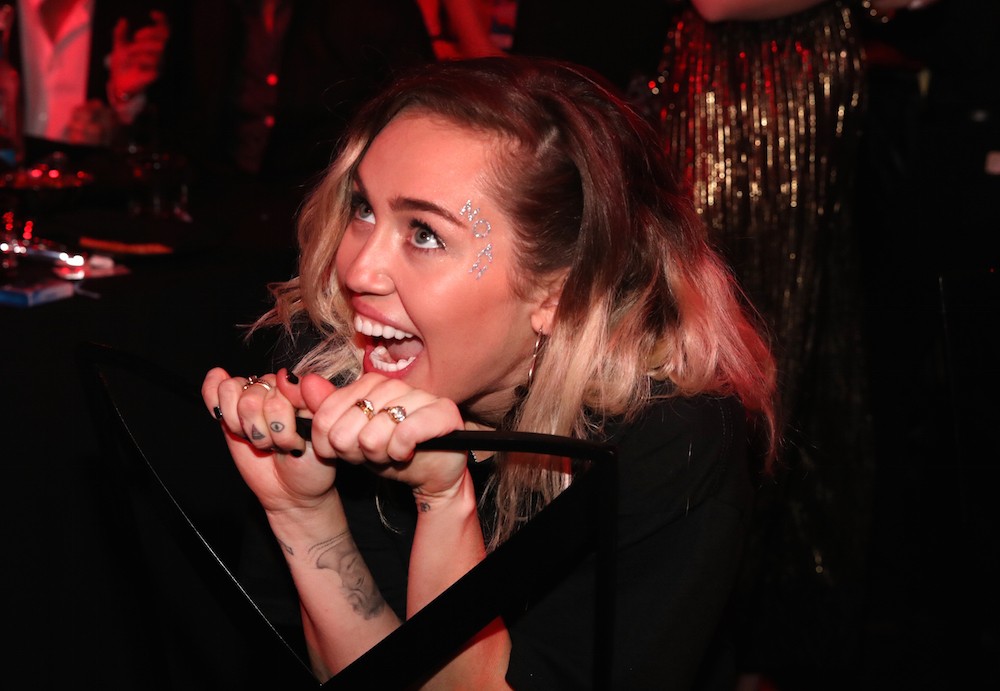 In a new interview with Billboard, Miley Cyrus announced that she’ll release “Malibu,” her first single of her as-of-yet untitled new album, next Thursday, May 11. The single, which Billboard describes as a “breezy love song” and “gimmick-free pop-rock unlike anything she has recorded before,” is about Cyrus’s fiance, Liam Hemsworth.

“They’re going to talk about me if I come out of a restaurant with Liam,” she said of the song. “So why not put the power back in my relationship and say, ‘This is how I feel’?”

Cyrus also revealed in the interview that she wrote the song as she was on her way to work at The Voice. “I drive myself everywhere, but that day I decided to Uber,” she said. “I was trying not to sing out loud because someone else was in the car.”

Billboard reports a video for the single, co-directed by Cyrus and “We Can’t Stop” collaborator Diane Martel, is forthcoming.