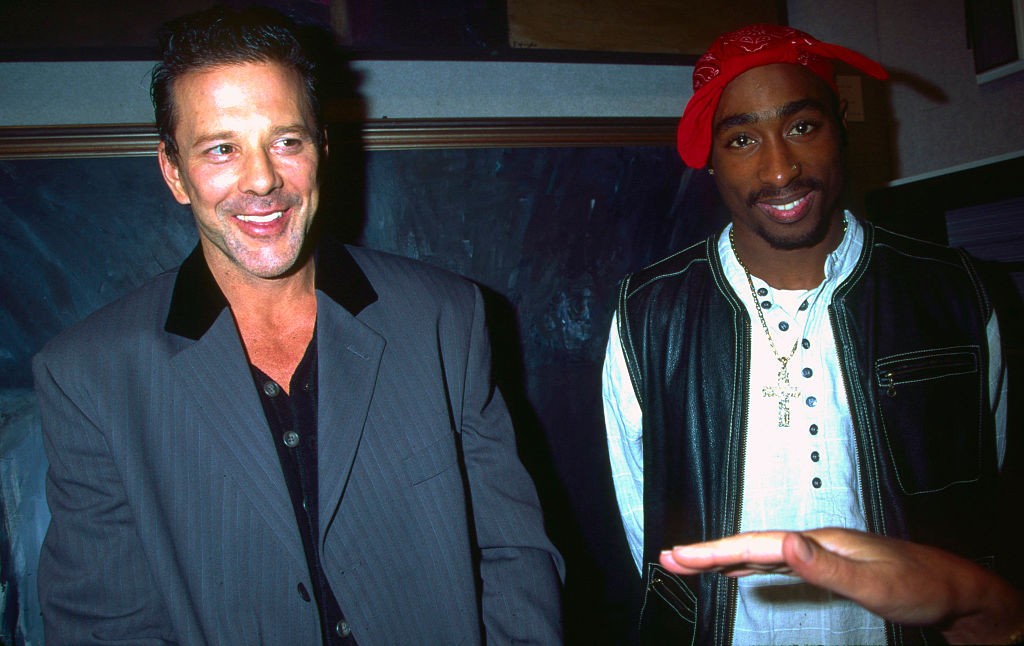 Mickey Rourke and Tupac were reportedly great friends back in the day (there’s plenty of photographic proof) to the point that Rourke says, “he was there for me during some very hard times.” And though it’s been more than 20 years since Tupac’s death, Rourke still won’t put up with your Shakur slander.

Enter the ongoing conspiracy theories of Funkmaster Flex, who’s recently been seen on resurfaced YouTube clips, and his own social media, saying that Tupac lied about a shooting at Quad Studios, that resulted in Tupac being shot five times. Rourke even knows the locations of the wounds, and says he was there in the hospital with Tupac and his mother. Flex says Tupac shot himself.

When Rourke is told that others, like Naughty By Nature’s Treach, have defended Tupac, Rourke brushes it off.

“I don’t give a fuck who defended him. He was one motherfucking good dude. If anybody wanna talk shit about him, come talk to Mickey Rourke to my face. Alright? Any fuckin time. Any time. I don’t care if he’s nine-foot-fuckin tall.”

Check the video below.