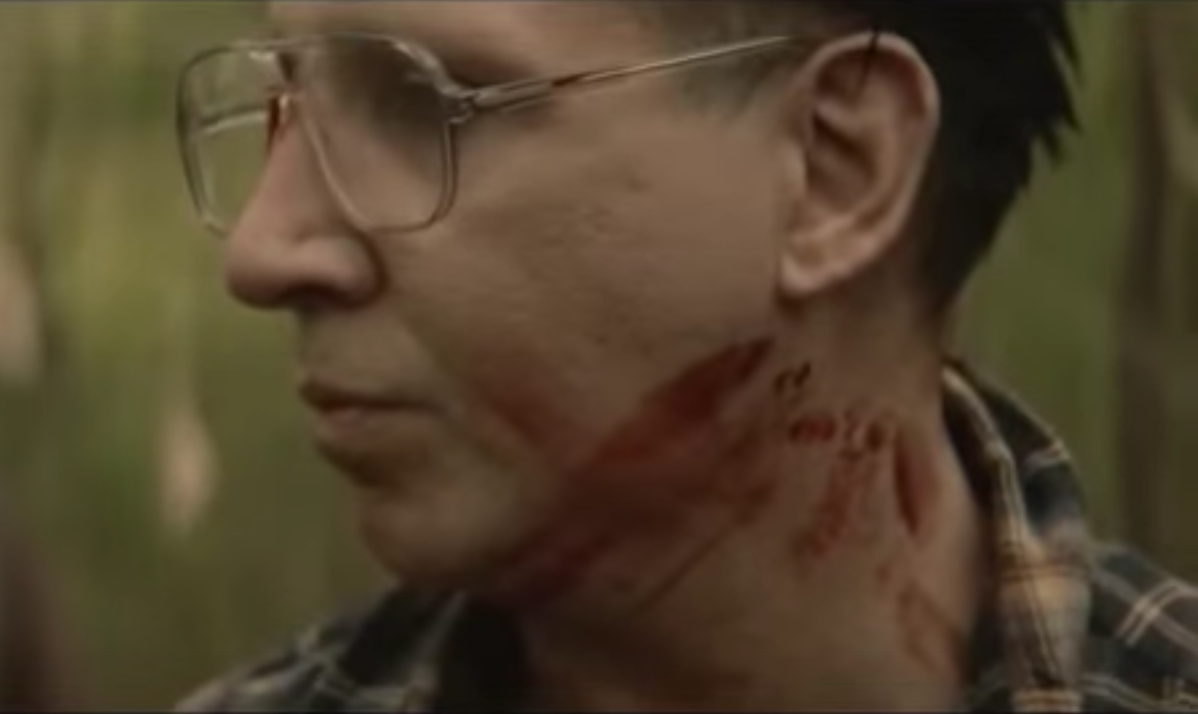 The Southern-gothic crime thriller Let Me Make You a Martyr, which co-stars Marilyn Manson, has been advertised for a couple of years. Now, it’s finally getting a limited theatrical release, before heading to VOD. The film, co-directed by Corey Asraf and John Swab, is a picture of an abusive father (played by Mark Boone Junior, who worked with Manson on Sons of Anarchy) and the Anton-Chigurh-like hitman (Manson) he hires to take out the adopted son and daughter who are rebelling against him. (Oh yeah, and Manson’s character is Native American.)

Let Me Make You a Martyr gets its limited theatrical release in late May, followed by video-on-demand distribution on June 6. The new trailer, unlike previously released clips, is Manson-heavy, dominated by him ominously singing a mournful, faux-traditional ballad his “daddy” used to sing, while gesturing with his piece. Watch the new clip below, and read this 2015 Rolling Stone feature for more information about the film.