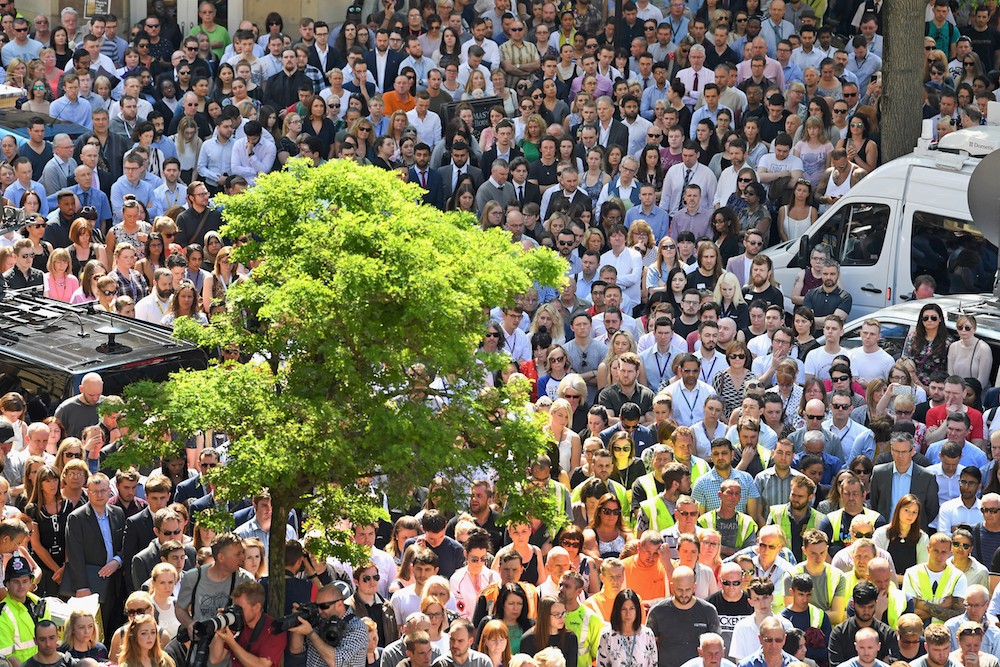 Today, mourners gathered at Manchester’s St. Anne Square to pay their respects to the 22 people who were killed at Ariana Grande’s concert on Monday. After a minute of silence, the crowd broke into a sing-a-long of “Don’t Look Back in Anger,” a classic from Manchester-bred legends Oasis. The moment was parked by attendee Lydia Bernsmeier-Rullow, according to The Guardian.

“We can’t be looking backwards to what happened, we have to look forward to the future,” Bernsmeir told The Guardian. “We all joined together and we’re all going to get on with it because that’s what Manchester does.”

Watch a clip from the tribute, and listen to “Don’t Look Back in Anger” below.