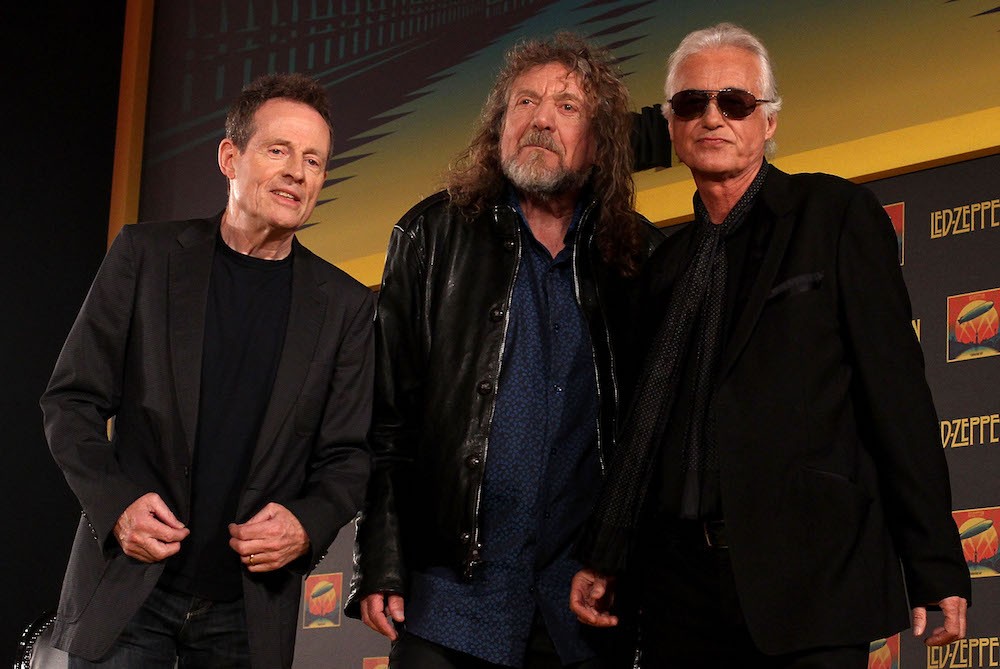 Desert Trip, also known as Oldchella, the legacy-oriented music festival in Indio, California, had a lineup stacked with legends for its inaugural edition last year, with Paul McCartney, the Rolling Stones, Bob Dylan, Neil Young, Roger Waters, and The Who all performing. How do you top that? Maybe you pull off the ultimate classic rock coup: a Led Zeppelin reunion. Rumors of a Desert Trip performance have been swirling in the Zep-centric corners of the internet for about a week, but it seems possible that there’s more smoke than fire.

As Guitar World notes, a small music blog called Feel Numb posted last week that “well placed sources in the industry” were talking about the band’s three original members–frontman Robert Plant, guitarist Jimmy Page, bassist John Paul Jones–plus drummer John Bonham’s son Jason, would perform at this year’s installment of the festival. And Gary Tovar, founder of Desert Trip’s parent company Goldenvoice, winked at the possibility in a Guardian interview last month, saying “We’d like to bring up the Led, if you know what I mean.” Finally, at some point recently, Plant’s personal website was changed to a blank page reading only “Any time now…”

It’s certainly possible that something’s brewing, but on the other hand… Feel Numb is not exactly the New York Times. Of course Tovar would like to book one of history’s biggest and most beloved rock bands at his festival–the question is whether he can actually do it. (A gossip blog called Showbiz411 reported that Led Zeppelin turned down a $14 million offer o play last year’s fest.) And sources who spoke to Billboard said there’s no deal in place to reunite the band, and that the teaser on Plant’s site likely has to do with a forthcoming album. Zep’s official site isn’t hinting at anything–the “news” section hasn’t been updated since last year–and Goldenvoice hasn’t even announced a 2018 installment of Desert Trip.

It’s possible that hordes of sunburnt boomers will have the chance to howl along to “Immigrant Song” this year, but don’t start holding your breath just yet.