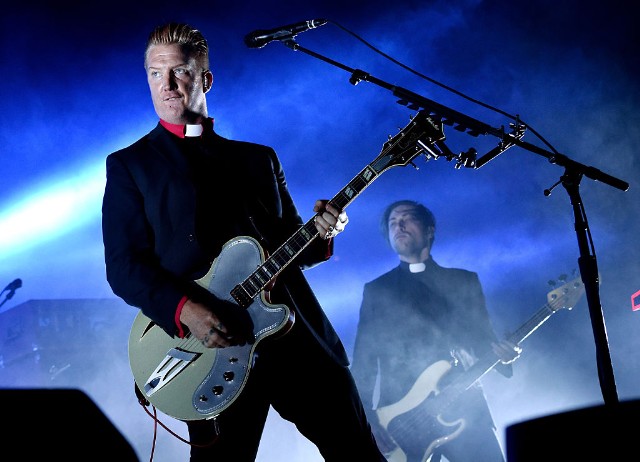 Queens Of The Stone Age recently announced some of their first shows in a couple of years, and they’ve lately been dropping teasers for a new album, which would be their first since 2013’s …Like Clockwork. So it seems likely that something new is coming soon. But the band has been cagey lately, and details are scarce. Finally, though, someone has gotten Josh Homme to go on record about the new LP.

As Diffuser points out, Homme recently spoke with the New Zealand radio station Rock FM, speaking in only the vaguest terms about the new LP. Homme promises an “uptempo” sound and says that he feels like he’s “ready to pounce” with the LP, so it shouldn’t be too long now. But they have to do the whole album-rollout thing; Homme says the band will be letting “out some clues here and there and have fun gently torturing each other.”

But the main point seems to be that Homme wants to keep pushing the band’s sound forward:

At the end of the day, this is just a musical way to explain a lifetime. So the most important record I’m making is the one I’m working on. For the lack of a better term, I bet my life on it. If you don’t risk anything, you’re not gonna get anything. I don’t want to copy myself, I just want to take another chance at it. It keeps it always exciting that way.

So let’s all look forward to QOTSA’s trap album.