Jlin’s second album Black Origami at times feels like an hermetic universe built on complex martial rhythms, with an intense inward focus that seems to seal it off from the world of electronic music at large. Jlin resides in her hometown of Gary, Indiana, in part because she believes that the socializing she’d have to do in a city filled with other musicians would hamper her rigorous schedule of composing and producing. When I asked her recently to talk about artists she sees as her contemporaries, she politely answered that there aren’t any.

While it’s true that Jlin possesses a singular sound, she doesn’t stand alone, exactly. Through her connections to footwork scene and her collaborations with artists across several mediums, Jlin sits at the center of a network of collaborators, linked partly through the internet, that stretches from Gary to the UK, to Los Angeles and back to the South Side of Chicago. Below, we’ve assembled a brief list of her collaborators and associates, which may help with unlocking the immersive and occasionally overwhelming Black Origami. 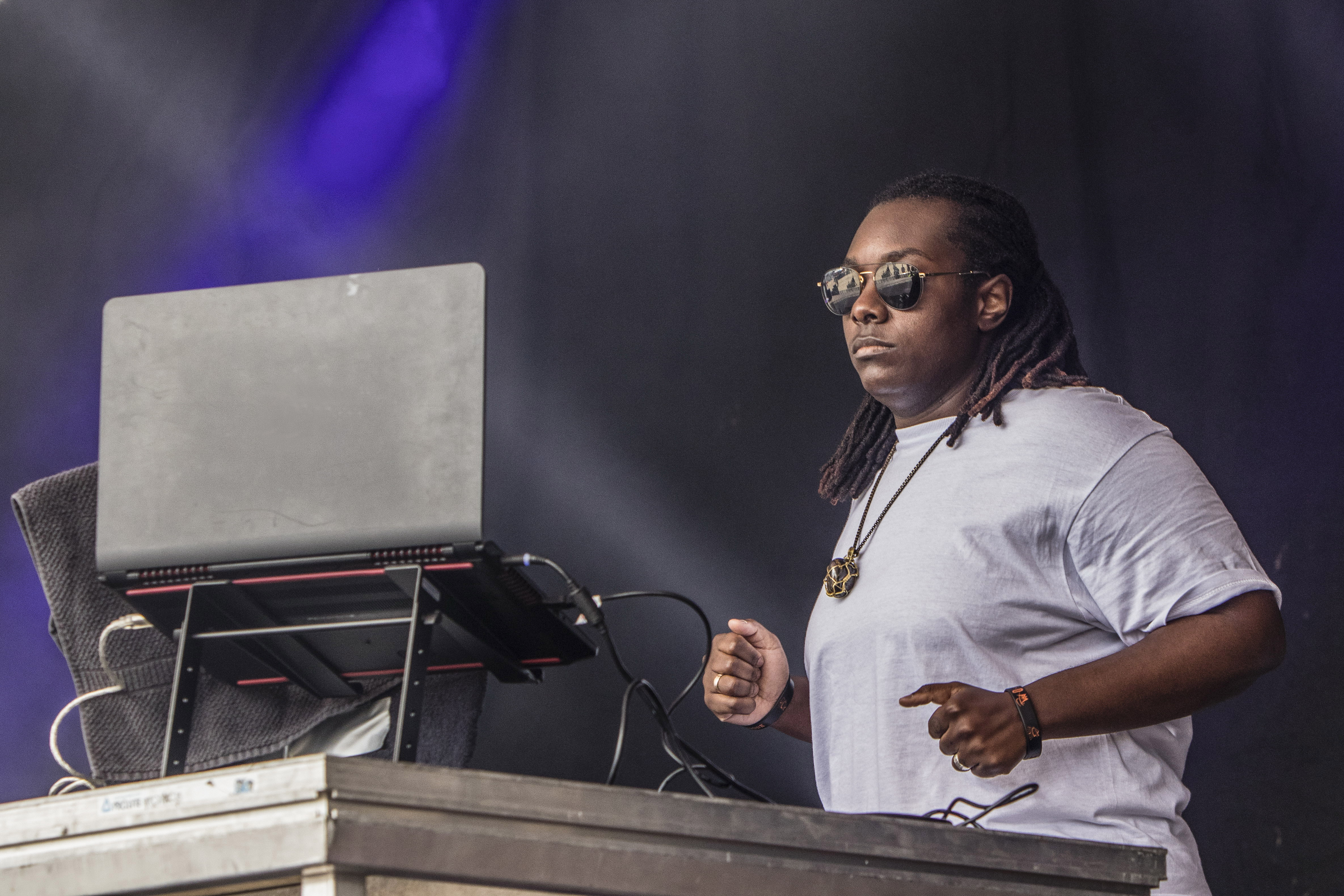 As a college student and a steel worker in the mid-2000s, Jlin became enamored with the off-kilter sound of Chicago footwork and began making tracks of her own. An early online friendship with the late DJ Rashad, whose name would go on to become nearly synonymous with the genre, helped Jlin develop her skill set as a producer. But Rashad’s lush, heavily hip-hop-influenced take on footwork doesn’t bear much resemblance to Jlin’s dense and polyrhythmic composition. For evidence of her roots in the style, you’re better off listening to RP Boo, another footwork pioneer whose bare-bones and rhythmically inventive tunes influenced Rashad and Jlin both. “Labels say me and Jlin are the two people to always watch. I’m the beginning of it, and she’s the end of it, and we work together. And I’m so proud of her,” RP Boo told me. The pair have known each other for years, but they’ve never worked collaboratively. “We know that when the time comes, it will happen,” he said.

Perhaps Jlin’s closest collaborator is the Indian dancer and choreographer Avril Stormy Unger, with whom she frequently performs live. Jlin created “Carbon 7,” one of Black Origami’s best tracks, in part as an attempt to capture the spirit of Unger’s movements in sound, and produced the non-album advance single “The Escvpe of the Blvck Rxbbit” in direct collaboration with the dancer. “The first time I saw her dance, I knew then: this matches what I do rhythmically,” Jlin said. “It’s like she’s the movement version of the expression of my audible me.”

At first listen, Jlin and William Basinski, the minimalist composer celebrated for his slow and elegiac manipulation of tape loops, might strike you as an odd pair. “The rhythm in what people know of my music is very elemental and cyclic and natural. I’m not a percussionist,” Basinski told me. “But she’s just fantastic. She’s a magician, man. She’s a maniac.” The two struck up a friendship after a performance together in Basinski’s adopted L.A. hometown last summer, and Jlin approached him about contributing to Black Origami shortly after that. Basinski is characteristically coy about the nature of their collaboration. “I just sent her one of my special potions, and she made her black magic with it,” she said. But listening to “Holy Child,” the track that resulted, it’s not hard to hear the connection: the track’s introduction features blasts of pitched noise that would likely stretch out for minutes on a Basinski composition, chopped up and made to stutter as if they were a percussion instrument. His sense of the elemental married to her manic rhythm.

Holly Herndon, whose music mixes a gestural approach mined from acousmatic music with the throbbing insistence of electronic pop, has contributed to both of Jlin’s albums, and the two enjoy an easy camaraderie. “When me and Holly are in the same place in the same time, oh god,” Jlin said. “It is fun, beyond.” She remembered an occasion when she and Herndon were performing in Mexico, along with Mike Paradinas, the British musician who runs Planet Mu, Jlin’s record label. “Me and Holly were so loud that Mike comes out of his hotel room, like, ‘Really, guys? Why are you guys so loud? I knew it was Americans when I heard it.’” On “Expand,” their first collaboration, Jlin used sampled and manipulated fragments of Herndon’s singing voice in a manner not dissimilar to Herndon’s own work. “1%,” their collaboration from Black Origami, is bouncy but vaguely sinister, anchored by a serrated synthesizer that’s halfway between Skrillex wub wub and a malfunctioning bandsaw. It sounds, in other words, unmistakably like Jlin.

Last year at Houston’s Day for Night festival, the legendary electronic musician Richard D. James performed in America for the first time since 2008. He dropped several tracks by Jlin into his DJ set, including Black Origami’s “Hatshepsut,” which wouldn’t be officially released for another six months. Paradinas, a longtime friend of James’s, had introduced him to Jlin’s albums, whose dizzying percussive fills give them an occasional resemblance to James’s own work. The two have since become friends. “I sent him her music, but then I think he bought it on his own,” Paradinas said. “He’s been talking with her as well, asking her how she makes her music.” “He’s a really cool dude,” Jlin added. “I think he really likes ‘Guantanamo’ a lot. I think that’s his favorite track of mine, if I’m not mistaken.”