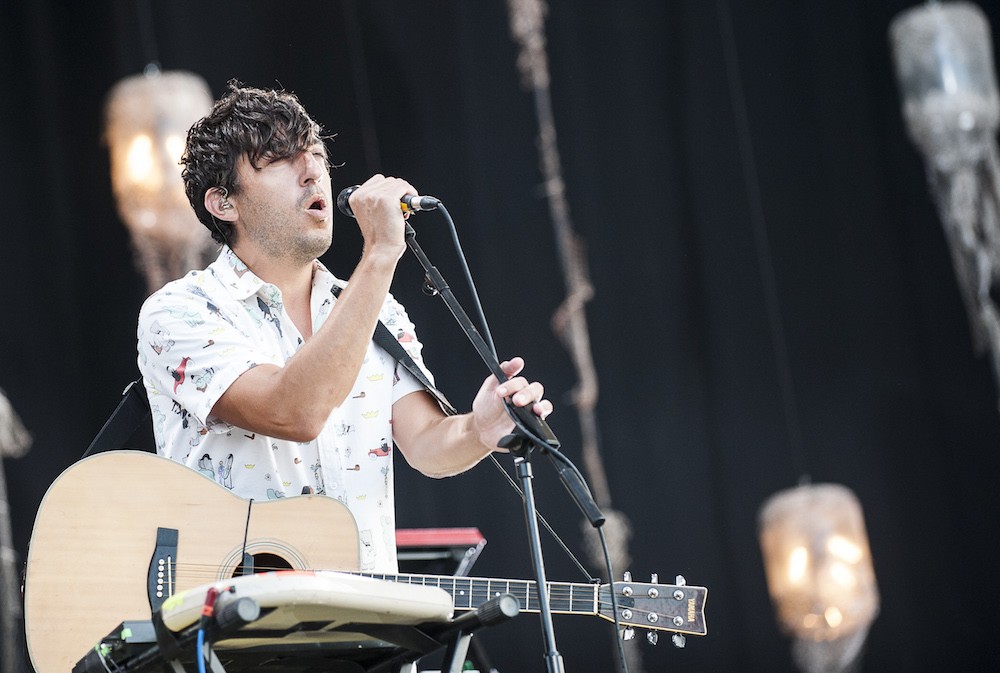 Today, Grizzly Bear released “Three Rings,” the first new song ahead of their upcoming album. It followed a long string of mysterious Instagram teasers containing snippets of new music, which were posted over the last month. Some fans of the band—and at least one SPIN writer—wondered why they didn’t just drop the new song instead of slowly teasing it out. In a new Facebook post, the band explained the reason for the long roll out. They didn’t mean to annoy us, they said—really:

The idea of the snippets on our new instagram @grizzlybear was something we thought people would enjoy. Our songs are usually so layered and dense and it seemed like a fun way to peel back the onion layers of the new album. So to clarify, it wasn’t meant to torture you but more meant to show you small pieces of all the songs from the forthcoming album! Big thanks to the immensely talented Michael Brown @michaelbrowndesign for the analog video synth visuals… trip out!

At least they have a sense of humor about it. Here’s how they explained their plan to say more about the new album: “Don’t know exactly in what order, but it is sure to be a slow and painful drip of minor details, spanning months, culminating in the release of a new record of which you’ve probably already heard half the songs, by which point you may or may not have lost interest and moved on and forgotten what we were doing in the first place. We appreciate your patience and support!”

Listen to “Three Rings” below.