Butts, Gorilla Aerobics, and a Boring Winner: Everything That Happened At the Wonderfully Absurd Eurovision Song Contest

Home » Culture » Butts, Gorilla Aerobics, and a Boring Winner: Everything That Happened At the Wonderfully Absurd Eurovision Song Contest

The annual spectacle of the Eurovision Song Contest brings a much-needed shot of absurdity-tinged sincerity to pop. Each year, countries from all over Europe—as well as more far-flung territories like Israel and, as of 2015, Australia—send songs that they feel represent their country’s pop zeitgeist to go head-to-head against each other, putting themselves at the mercy of home viewers and “expert” juries.

On Saturday, the 61st running of Eurovision—which spans months of local decision-making, regional competitions, and lots of pop hits and misses—came to a close in Kyiv, Ukraine. At the end of the nearly four-hour, 26-entrant pageant, the winner was a simple song, simply sung. Portugal’s Salvador Sobral emerged victorious with “Amar Pelos Dois,” a sleepy, string-assisted ballad about finding lost love that was written by his siser, Luisa. (Luisa and Salvador sang the song as a duet for the show-closing victory-lap performance, which at least added a smidge of tension to the occasion.)

Saturday’s competition had its own pop high points, too. Francesco Gabanni’s entry for Italy, “Occidentali’s Karma,” was a slight piece of electropop elevated by its staging as an actual, and gorilla-inclusive, aerobics class; Robin Bengtsson’s Max Martin manqué “I Can’t Go On,” the entry from (obviously) Sweden, was marred by an unfortunate use of “freakin'” in its chorus, but was goofily performed with treadmills; the home team entrant O. Torvald offered an alternate-universe fate for Linkin Park on “Time”; Armenia fused modern dance with goth on its entry, Artsvik’s “Fly With Me”; and Hungary’s Joci Pápai, on “Origo,” threw down a Roma rap. A couple of songs hewed a bit too closely to current pop trends—Germany’s entrant was so reminiscent of Sia’s EDM-leaning work that it could have been called “Titanium (Alloy),” while Spain’s entry, Manel Navarro’s “Do It For Your Lover,” came off like an unholy union between Ed Sheeran’s aw-shucksiness and Sugar Ray’s island breeziness. 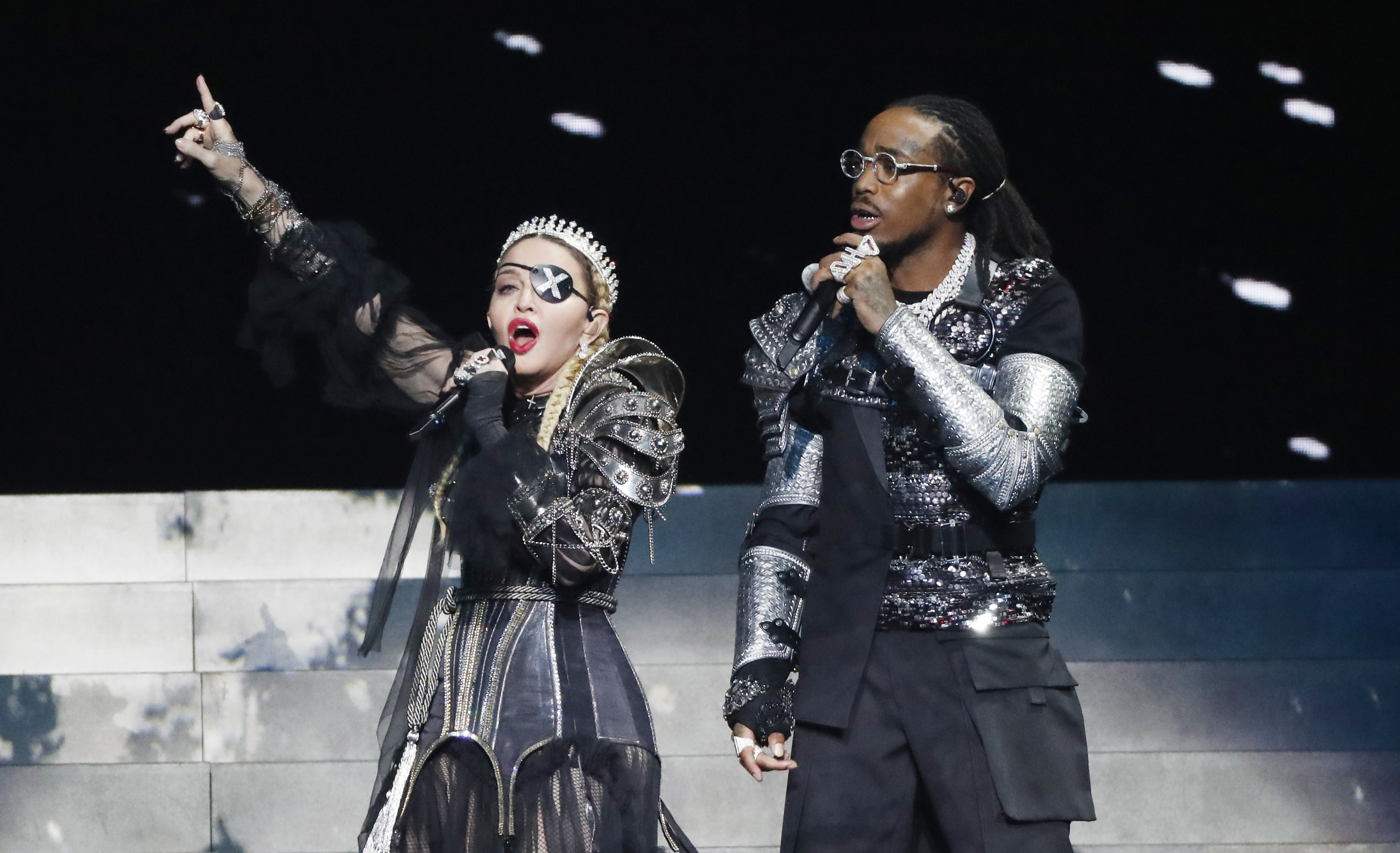 Funnily enough, the night’s best song straight-up was a ballad that was stripped down in the manner of its winner; “City Lights,” the simmering Belgian entry, showed off the steel-in-velvet voice of its singer Blanche, with her visible nerves adding an extra shot of tension to the proceedings.

Eurovision’s initial mission involved literally uniting Europe with the power of song—it was established in 1956 as a way to bring the continent’s countries together in the wake of World War II. But as with any high-stakes multinational competition subject to human prejudice, politics of varying degrees of seriousness did pop up here and there. Russia’s entrant, Julia Samoylova, was banned from traveling to Kyiv by Ukranian officials after they learned she’d performed in the onetime Ukranian, now-Russian-annexed territory of Crimea. Last year’s winner Jamala’s performance of the storming “1944”—which was largely viewed as an implicit protest of Russia’s moves in Crimea, as its lyrics focus on her ancestors being deported by then-Soviet Union ruler Joseph Stalin during World War II—was interrupted by an Australian flag-wearing invader who briefly showed his rear end to the audience. (He, it turned out, was not Australian, but Ukranian serial disruptor Vitalii Sediuk, who made headlines in 2014 for scuffling with Brad Pitt.) Sobral, meanwhile, sported a pro-refugee shirt at a press conference following the first semifinal earlier this year, earning a rebuke from the European Broadcasting Union, which puts on Eurovision.

The British paper the Telegraph broke down the political nature of the voting, which is split between jury votes and viewer phone-ins, and which has its own persistent wrinkles despite receiving a serious makeover in 2016. Greece and Cyprus have a mutual back-scratching relationship that continued this year, with each country once again giving the other their highest 21 points; Meanwhile, the Irish Times’s recap of who Ireland gave its points to had the subhead “the UK won’t be happy.” (British critic Tom Ewing gave a very convincing presentation on the competition’s relationship to the United Kingdom’s decision to leave the European Union last month.)

It’s tempting to view Sobral’s commanding win as a statement in favor of something like niceness, or at least a soothing-sounding song backed by a feel-good story in a time of increasingly apparent global tumult; other Eurovision watchers in my circle blamed its victory on the hokiness espoused by recent authenticity poses like La La Land. Either way, his victory means that Eurovision heads to Portugal for its 2018 final, which will no doubt combine soaring hooks, winks to local customs, and the occasional moment that reminds the viewers at home and in the arena why music was once deemed a worthy vehicle for repairing international wounds.