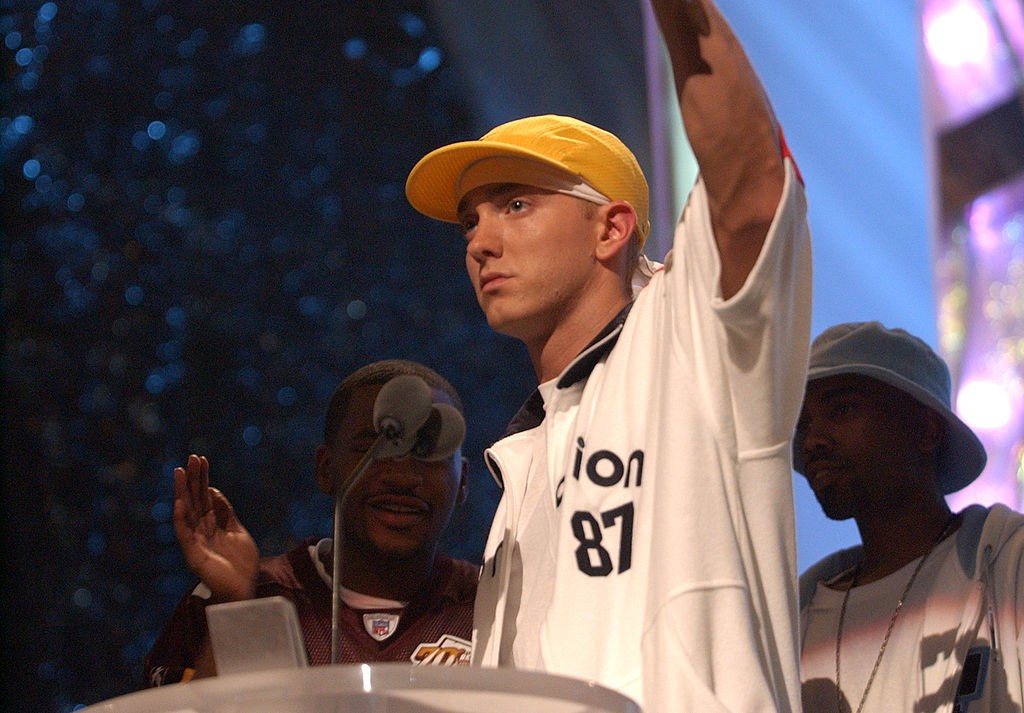 Eminem has announced the impending release of an “anniversary capsule” marking 15 years since his 2002 album The Eminem Show. It’s out tonight. It’s unclear what the content of the collection is, but you can sign up for early access to it via the Shady Records website. Eminem has been teasing some sort of event surrounding the anniversary for several days on Instagram, and today posted about his inspiration for the album–the cerebral 1998 Jim Carrey comedy-drama The Truman Show–with an image of proofs of art for the album (see below).

The Eminem Show, which won a Grammy for Best Rap Album in 2002, was one of Eminem’s greatest commercial successes (it was certified Diamond in 2011) and the bestselling album of that year. Its biggest hits were the Top 10 singles “Without Me” and “Cleanin’ Out My Closet,” as well as “Sing for the Moment” and “Superman.” [Billboard]

Update (5/31/17): Eminem’s anniversary edition of The Eminem Show comes in a collection of different bundles all based around a cassette reissue of the album. They include a posters, a T-shirt, and autographed versions of both ($250 for the latter). Check out the details and order here.