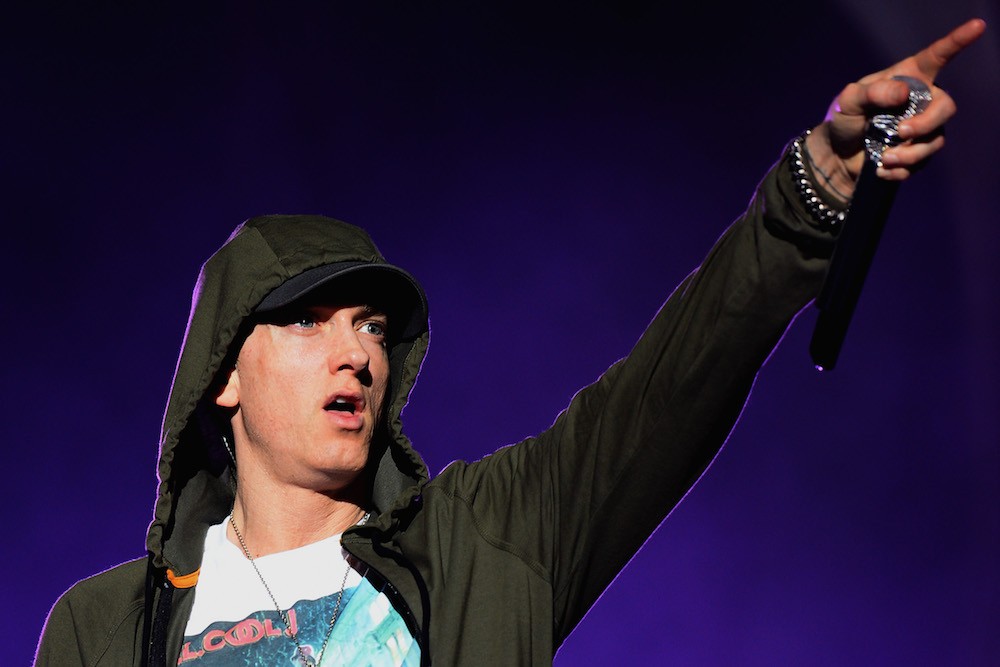 Turn up the volume, the judge told the lawyers in a case involving an Eminem song: “I’m not shy of loud music.”

It was one of many incongruous moments during a two-week trial that ended Friday at the High Court in Wellington. The judge may not rule for months in the case in which music publishers for the Detroit rapper are suing New Zealand’s ruling conservative political party for copyright infringement.

The judge and phalanx of gowned lawyers listened studiously to plenty of profanity-laced rap. They also listened for similarities between such classic songs as “La Bamba” and “Twist and Shout.”

At issue is the National Party’s use of the song “Eminem Esque” in a 2014 television campaign ad that was run 186 times before it was pulled off the air. Eminem’s publishers Eight Mile Style say the track is a rip-off of the rapper’s acclaimed 2002 song “Lose Yourself,” while the party says the song was inspired by the rapper’s hit but is different.

National Party lawyer Greg Arthur said there wasn’t much originality in the music behind “Lose Yourself” and the industry practice of making so-called “sound-alike” songs that were different enough to avoid copyright issues was well-established.

But Judge Helen Cull made some pointed observations during Arthur’s summing up. She said when the two songs were overlaid, they kept the same beat and pattern, and sounded almost “contemporaneous.”

“It doesn’t make it legitimate because somebody hasn’t yet sued,” the judge said. “It’s a question of whether it is so alike that a sound-alike is crossing the line and becomes copyright infringement.”

Arthur replied that some songs might cross the line but that didn’t make the entire sound-alike industry illegitimate. And he said that using the title “Eminem Esque” shouldn’t be a factor to consider.

“It’s a little clue, though, isn’t it?” Cull responded. She appeared to pay close attention to the music, at one point telling the lawyers they could make it louder the following day.

During the case, two musicologists gave differing opinions on whether the song used in the ad was a copy.

The campaign manager for the National Party said she’d sought and received assurances from music and advertising experts that using “Eminem Esque” would be acceptable because it was part of a licensed music library and was free from any copyright issues.

But Eight Mile Style lawyer Garry Williams said it was “utterly clear” the party knew it was infringing upon a copyrighted song.

Another unusual moment in the case came when Jeff Bass, the Detroit-area composer of the opening guitar riff in “Lose Yourself,” picked up an acoustic guitar and played the riff for the court.

Bass said the soundtrack for the ad was a “blatant rip-off” of the song he co-wrote with Eminem and Luis Resto over 18 months. He said it sounded like “Lose Yourself Lite.”

But, he added, “It doesn’t taste so good, though.”

The music publishers are seeking both a cash settlement for an undisclosed amount and an acknowledgement from the court that the National Party breached copyright. The judge plans to take up to three months to review the case before issuing her decision.