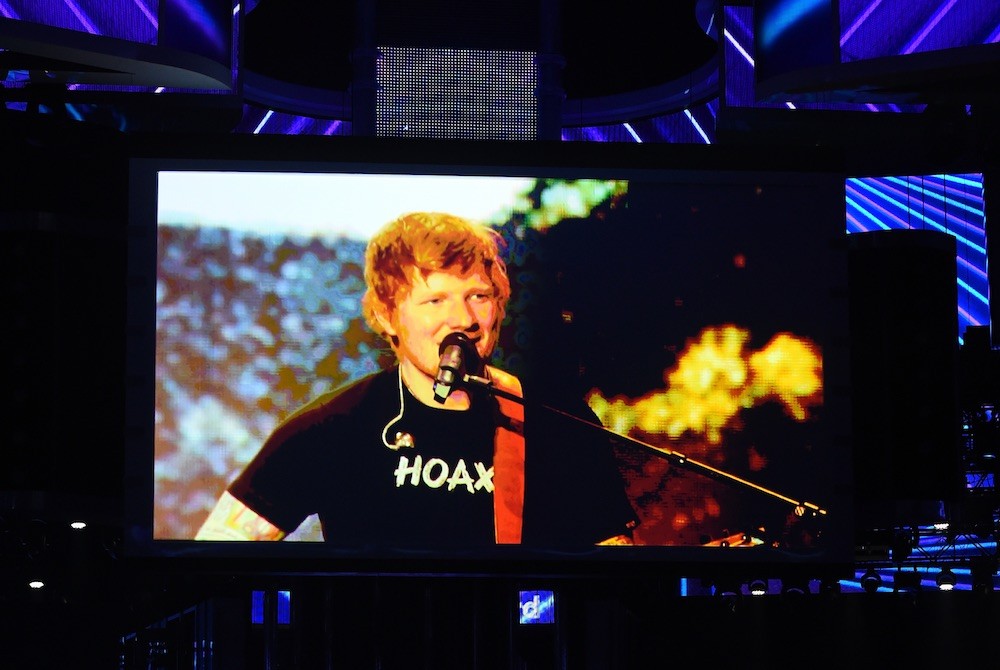 Ed Sheeran performed at tonight’s Billboard Music Awards, where he did “Castle on the Hill” while wearing a shirt that says HOAX. Sheeran wasn’t actually there; his performance was beamed in from his concert at Santiago, Chile. The fans were very into it. Diplo, too, was impressed by how Sheeran didn’t even have to be here. Watch a clip below. “Castle on the Hill” is from his new album divide, which is out now.