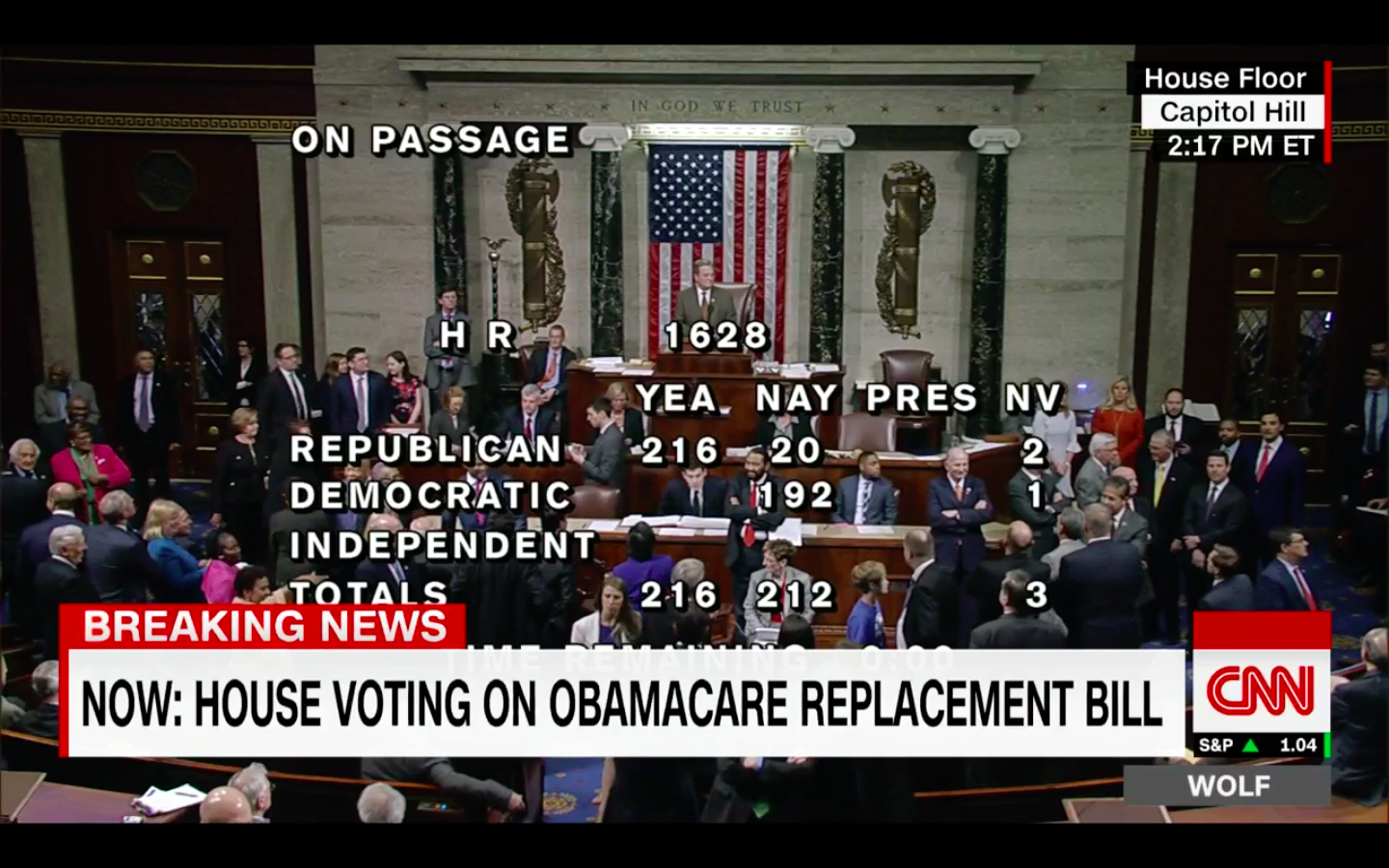 After multiple failed attempts, Republicans in the House of Representatives passed a replacement for the Affordable Care Act this afternoon, a bill that at one point was projected to leave 24 million currently insured Americans without coverage if it passes the Senate. GOP lawmakers have made no attempt to conceal the glee they felt about kicking sick people to the curb, quoting Braveheart, playing the Rocky theme, and making misguided football analogies. The Democrats could have taken the loss with dignity, but opted instead to indulge in some distasteful pageantry as well, chanting “na na na na, hey hey hey, goodbye” on the House floor.

The implication is that the Republicans who voted to pass the AHCA will be gone soon, because their newly vulnerable constituents will wise up and vote them out of office in upcoming elections. Which very well may be true, and is kind of a nice thing to think about on an otherwise depressing day. But by smugly reacting reacting to the Obamacare repeal purely as a matter of party politics, the Democrats are making light of a more immediate and important truth: if it passes the Senate, lots people are going to die.

That’s not hyperbole: a 2012 study estimated that if 20 million people were to lose their coverage in an ACA repeal, 43,956 people would die annually as a result. Several amendments have been made to the bill since the 24 million projection was made, and more changes will likely come in the Senate, so it’s unclear how many people will lose their insurance. But the number isn’t zero. Those deaths are a choice that the American people have made, via the officials we’ve elected to represent us. There will be plenty of opportunities for hopeful rallying cries in the coming years, but this isn’t one of them. Today, all of us–Democratic legislators included–should be hanging our heads in shame.