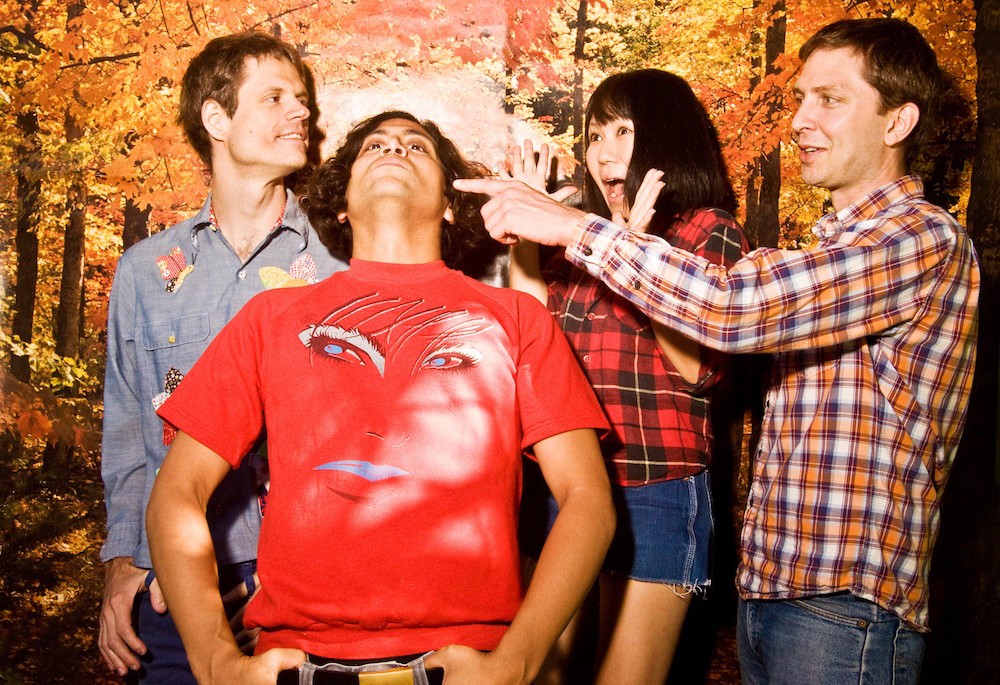 The candy-coated avant-rock greats Deerhoof are “artists in residence” for Joyful Noise Recordings this year, which means they’ll be releasing a variety of recordings on the label, all of which are available via a sort of subscription service. Today, they’ve dropped the first of the new music, in the form of a pair of split LPs from four different Deerhoof side projects.

Those projects are: Nervous Cop, which is comprised of all members of Deerhoof plus Andy Morin and veteran experimental drummer Zach Hill, both of Death Grips (Hill and Deerhoof drummer Greg Saunier released a record under the Nervous Cop name in 2003); Oneone, featuring Deerhoof bassist/frontwoman Satomi Matsuzaki and Saya of the Japanese band Tenniscoats, with Saunier on drums; Murmurer, a new band with Deerhoof guitarist John Dieterich and a slew of others; and Les Bonnes Hommes, in which Saunier sings and plays guitar.

If you want to hear these without subscribing to the full artist in residence deal, you can download them on a pay-what-you-want basis, with all profits going to Brand New Congress, a political action committee devoted to electing progressive legislators. One track from each project is currently streaming on Deerhoof’s site.

The next release in the subscription, out in “late summer” according to the Deerhoof site, will be an as-yet-untitled proper Deerhoof album. After that, in the fall, will be two more splits from “four more projects which are secret at this time.”

Watch a trailer, with new music, for the entire subscription series below.