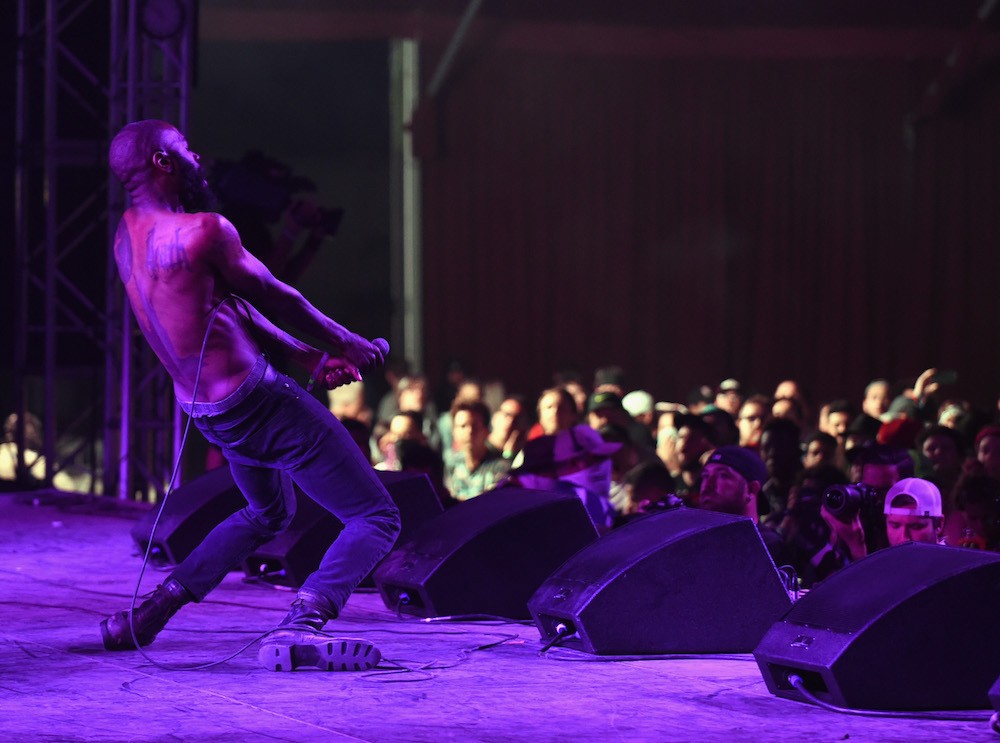 It’s been almost exactly a year since Death Grips released Bottomless Pit, their last full-length set of noise-rap nihilism. Last night on Facebook, they announced that an as-yet-untitled new album is in the works, and shared “Steroids (Crouching Tiger Hidden Gabber Megamix),” a 22-minute piece of music they described as a “new track/mix.”

“Steroids (Crouching Tiger Hidden Gabber Megamix)” feels more like an EP than a single song, with a suite-like structure containing many distinct musical ideas. It’s unclear whether this stuff will end up on the new album, or if it’s a work unto itself. Either way, like everything Death Grips does, it’s an intense psychic palate cleanser, crowded and noisy and more than occasionally thrilling. Hear it below.