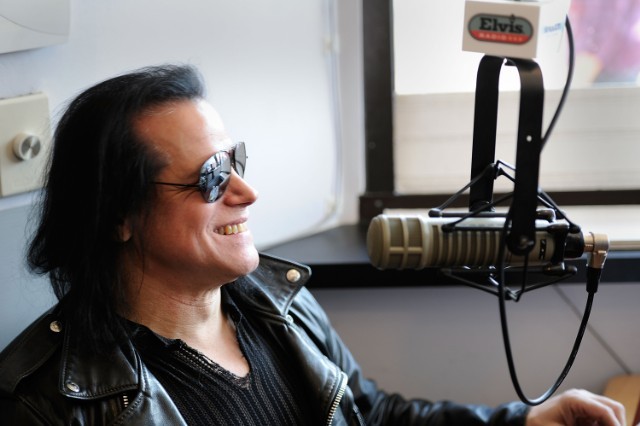 Glenn Danzig held his Blackest Of The Black festival in Orange County, CA this weekend, bringing a castle, a bondage stage, a sacrificial altar, a blood bath, a roaming demon sideshow, and a bunch of metal to Oak Canyon Park. And in a new interview with The LA Times to discuss the event and the new Danzig album Black Laden Crown, he also brings some unfortunate support for Donald Trump’s controversial travel ban.

“It’s really not a travel ban,” Danzig says. “When you walk into the country, we want to see who you are and what you’re doing. Well, when I go to every country right now, they look at me and they see whether I can come in or not. And I’ve been turned away from Canada and other places before. Where’s my protest? Where’s my parade?”

Yes, because that’s totally the same thing. But hey, at least he’s pro-choice! “I might be conservative on some issues, and some issues I’m really liberal,” he explains. “I’m pro-abortion and I’m pro-Planned Parenthood.” Unfortunately, instead of stopping there, he continued: “But I don’t think Planned Parenthood should be selling baby parts like a chop shop in Brooklyn, OK?”

Here, Danzig, let me google that for you. The rest of you can check out some pictures and videos from Blackest Of The Black below.