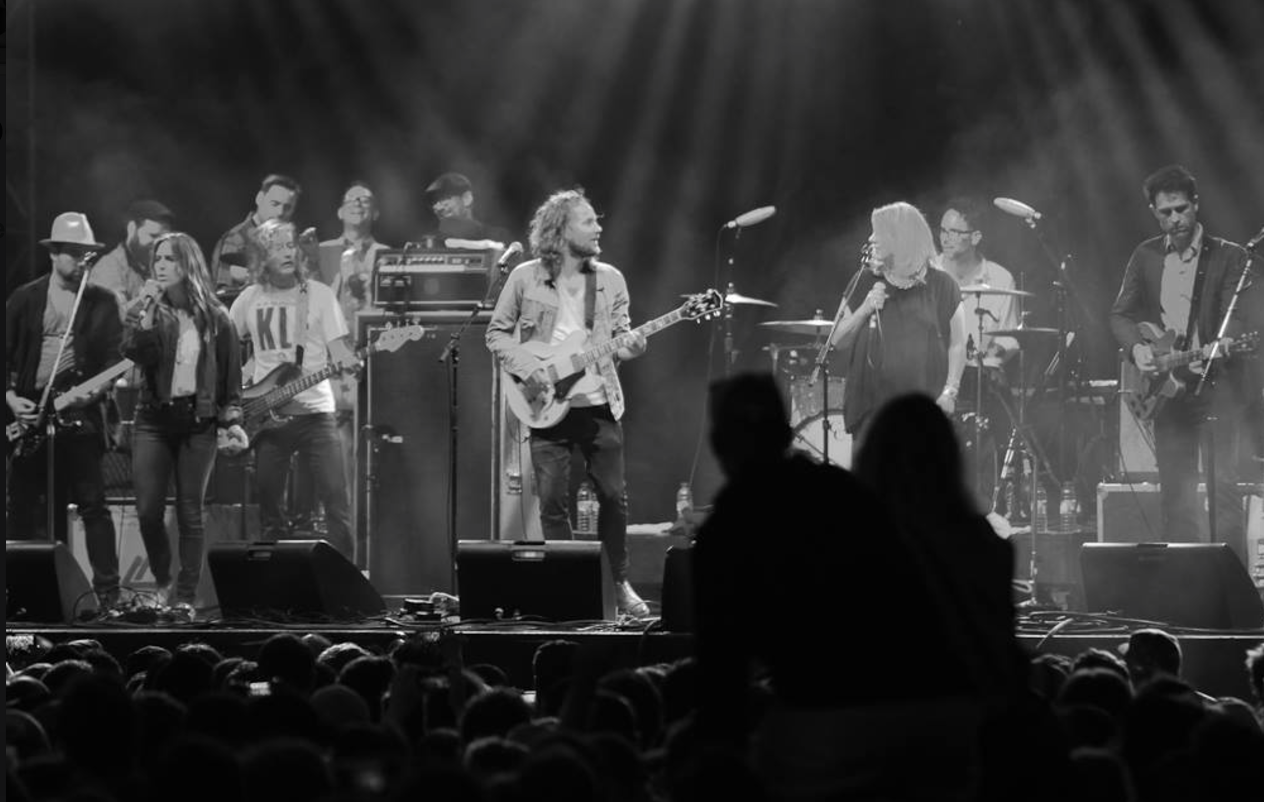 Broken Social Scene headlined Albert Hall in Manchester last night, after the venue’s promoters announced that concerts would be proceeding as normal following Monday’s attacks. Prior to the show, BSS posted on Facebook that they would be “playing for the hearts of Manchester.” At the show, Manchester’s own rock icon Johnny Marr came out to perform the band’s You Forgot It in People classic “Anthems For A Seventeen Year-Old Girl” with the band.

Kevin Drew prefaced the song with a reference to the attack: “Thank you for showing up. Thank you for coming out tonight. What’s most important is tonight we’re here together, all of us. That’s what we could do, and that’s what we’re doing, so thank you Manchester. We’re so happy, and there’s no other place we’d rather be than here with you. To start this show–to show you how we love your town–there’s a man who I love dearly who’s come out to play for you. He is your city, he is your legend.” Watch the performance below.