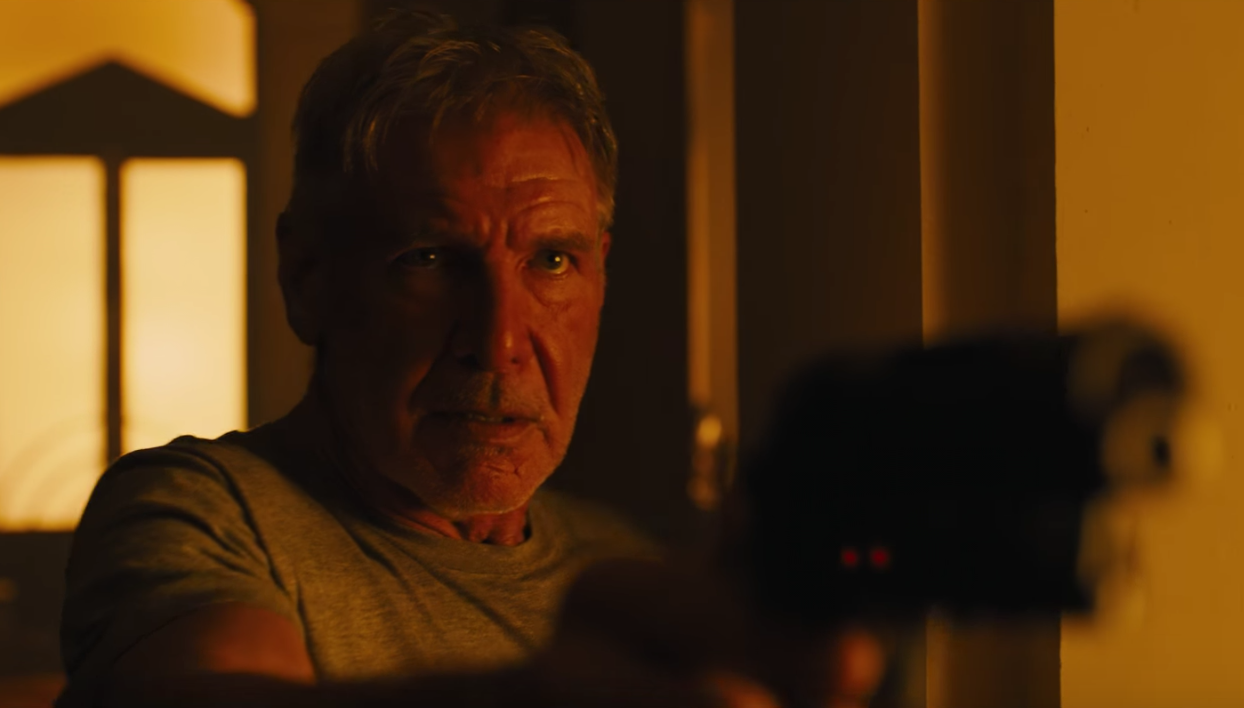 “Every civilization was built off the back of a disposable workhorse,” a blind, berobed Jared Leto says, cradling a newborn Replicant. A filthy, trenchcoat-clad Officer K (Ryan Gosling) stalks around a desert city, looking for an aging, reclusive Rick Deckerd (Harrison Ford). There are garish ads projected the sky, huge explosions, and forces coming to hunt down the people trying to maintain justice for both humans and machines. That’s right, folks: It’s the first official trailer for Blade Runner 2049, the sequel to director Ridley Scott’s 1982 sci-fi classic. The film is directed by Arrival/Sicario director Denis Villeneuve, and boasts a star-studded cast cast (Look out for a brief turn from Robin Wright in the trailer). The film is out October 6. Watch below.

Report: Michelle Williams Paid $1.4 Million Less Than Mark Wahlberg to Reshoot All the Money In the World

Ridley Scott on Sexual Harassment in Hollywood: There’s “More People Out There Who Are Way Overdue”