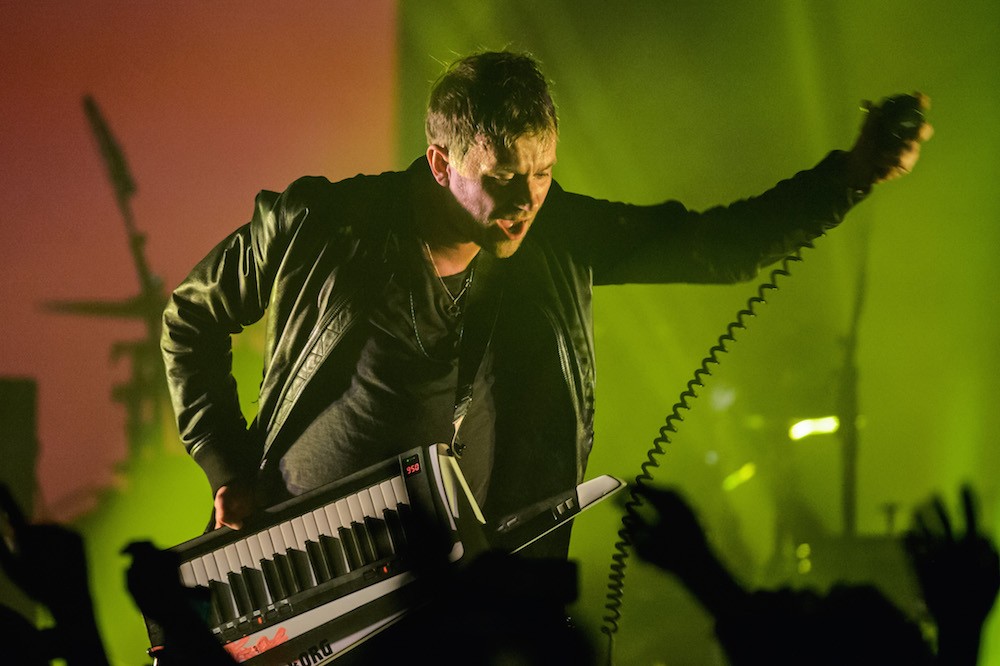 Austin City Limits has revealed the lineup for its 2017 festival. The headliners for this year’s fest will be Gorillaz, Chance the Rapper, Red Hot Chili Peppers, and The Killers. Other notable acts on the bill include Ryan Adams, Run the Jewels, Spoon, the xx, Solange, Car Seat Headrest, Ice Cube, Danny Brown, Thundercat, and Cut Copy. The festival is scheduled to take place over two weekends, October 6-8 and October 13-15, at Zilker Park in Austin, Texas. Check out the official poster below.

Update, 5:30 p.m.: ACL has just announced that Jay Z is on the lineup, too. Check out the updated poster below. 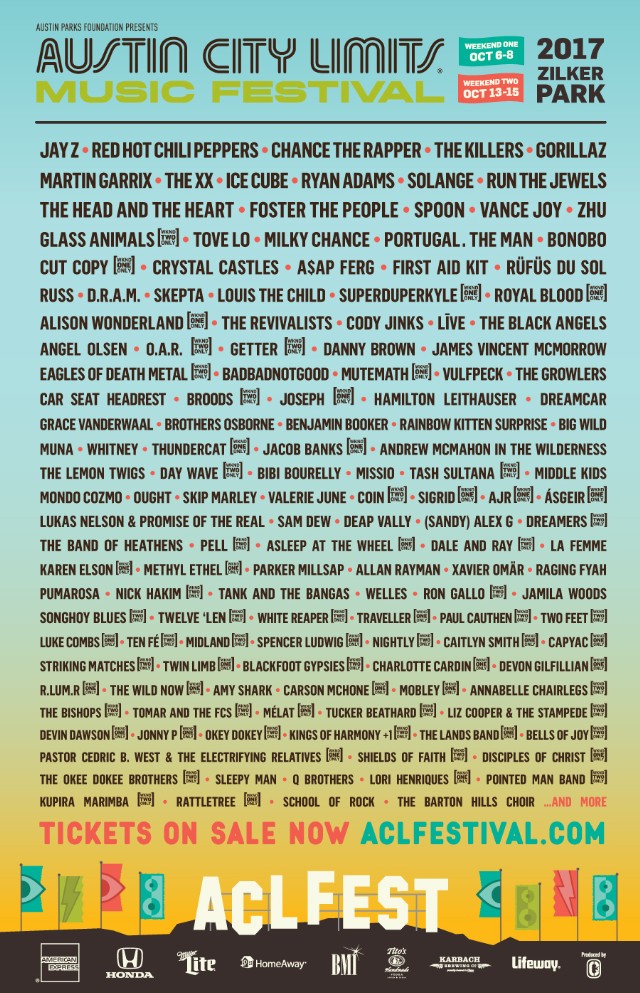 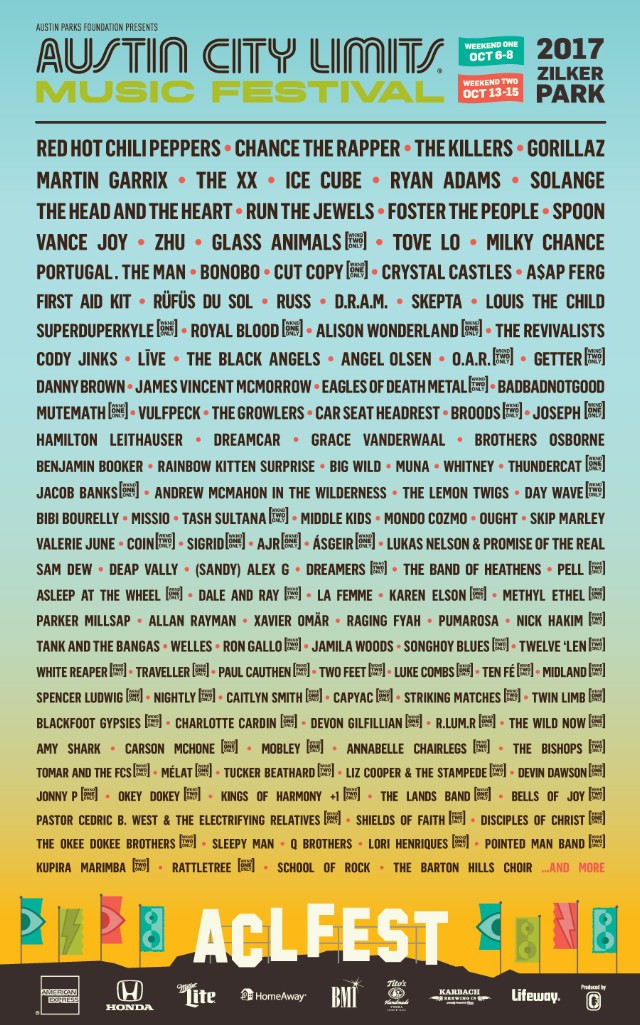