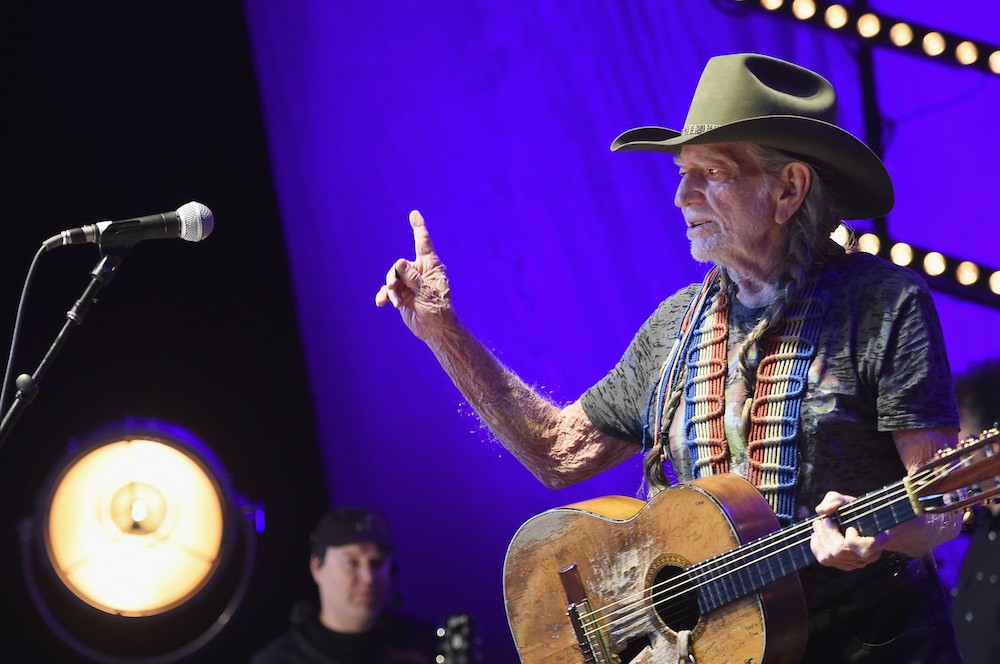 At 83 years old, Willie Nelson is still releasing new music regularly, and after last year’s tribute to his fellow country legend Ray Price, he’s back to cutting new material. His latest carries the very badass title God’s Problem Child, with a magnificent rose-tinted cover portrait to match. A week before its official release, the album is now streaming via NPR. Happy 420!

Some songs that stand out on one listen are “Delete and Fast Forward,” featuring reeling commentary on the last presidential election, “True Love,” a smoky ballad with ethereal Emmylou Harris-style backing vocals, and “Still Not Dead,” a rollicking number that pokes fun at the internet death hoaxes that have followed him for the last several years. “I run up and down the road making music as I go, they say my pace would kill a normal man,” he sings on the latter. “But I’ve never been accused of being normal anyway, and I woke up still not dead again today.”

Listen to God’s Problem Child below.