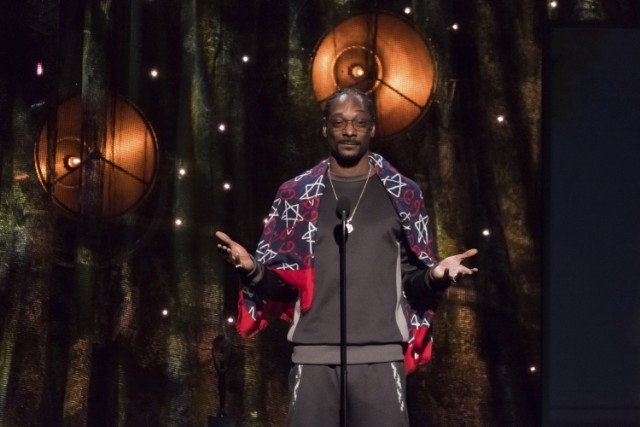 Snoop Dogg inducted Tupac Shakur into the Rock And Roll Hall Of Fame during a ceremony at Brooklyn’s Barclays Center last night. “While many remember him now as some kind of thugged out superhero, Tupac really was only good and he represented through his music like no one before,” Snoop began in his speech. “So, while we may be here to celebrate one of music’s most prolific and outspoken artists as he’s rightfully enshrined as one of the greatest musicians to ever do it, I’m here to make sure that Pac is remembered the way he would have wanted to be: a strong black man who stood up. Not somebody who acted like a rapper, but as a human…That’s what made Tupac the greatest rapper of all time.”

Snoop went on to reminisce about his personal experiences with Tupac, including the night that Tupac passed him his first blunt. “That’s right, Tupac is the one that got Snoop Dogg smoking weed,” Snoop said. “I was a zig-zag man before that shit.” Find a transcript of the speech here or watch below.