Watch Louis C.K. Do Ten Minutes of Standup for his SNL Monologue 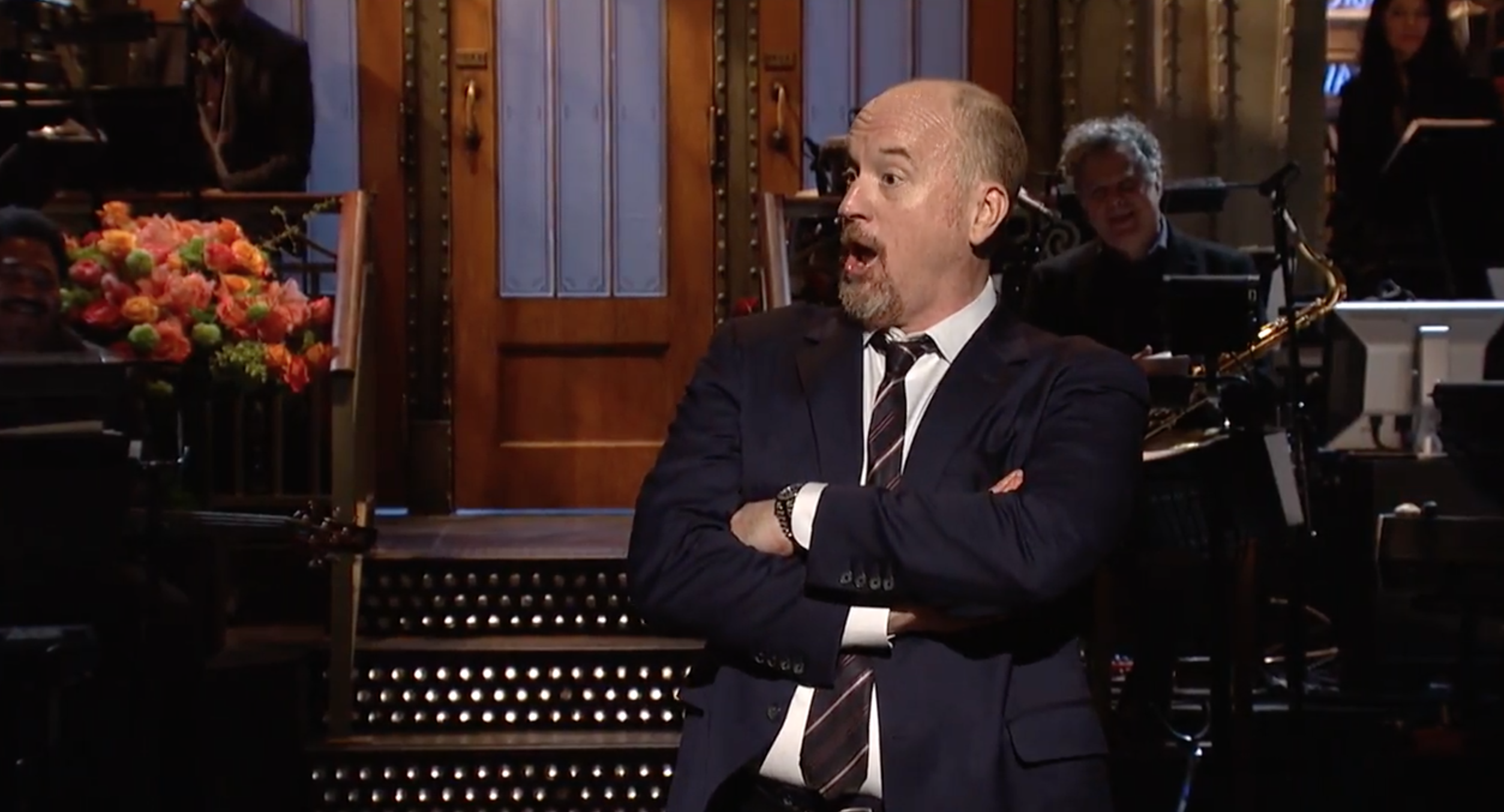 Louis C.K. is hitting a stride, having just released a great new Netflix special, 2017. He took a victory lap last night on Saturday Night Live, which he hosted for the fourth time. As per usual, he spent his monologue in standup (rather than sketch) mode.

“I love doing this,” he said. “This is my favorite thing to do, standup comedy. I’ve been doing this for 32 years now. 32 years. And it’s been going great for 4 years.”

C.K. burst out of the gates with an entire menagerie of animal jokes, opening with one about a racist chicken. It almost pushed too far before the show even started. But Louis always seems to manage to teeter on that brink of audacious and hilarious, pulling back just before it all comes crashing down.

“I’m thinking of buying a goat,” he says during his animal bit, “because I want to have a trash can that I can make love to.”

Watch the whole monologue below.