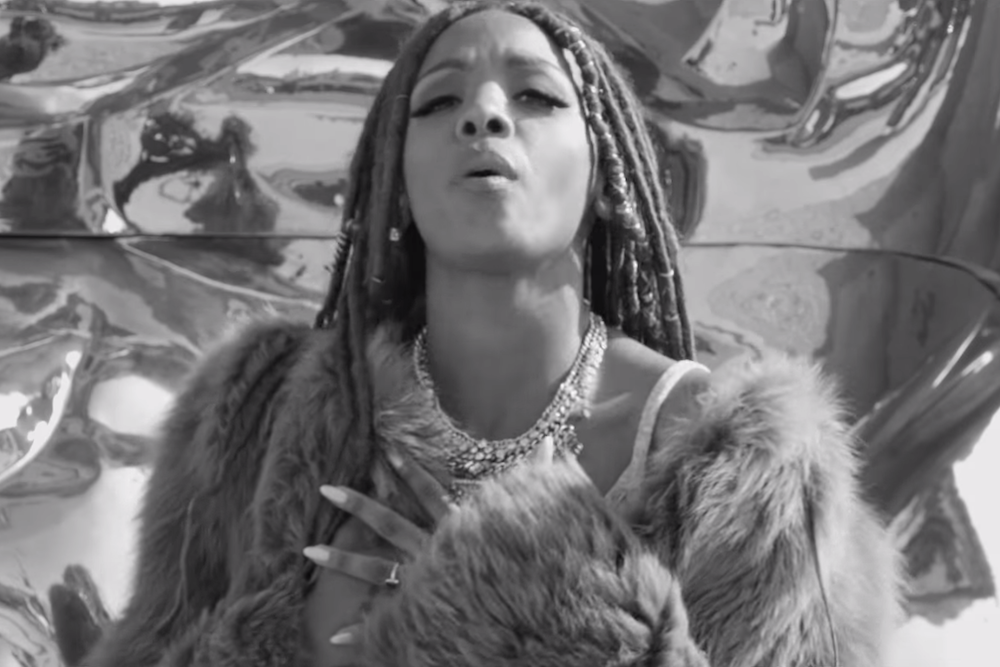 D?WN has released the video for “LA,” the centerpiece from her last album Redemption. Although she chants “these LA streets are killing me” on the song’s hook, our heroine appears to be doing fine as she cavorts through the streets. Watch the Monty Marsh-directed video—filmed in black-and-white with a Schindler’s List treatment of red—below. D?WN has also announced a short run of shows on the east coast; view those dates below.