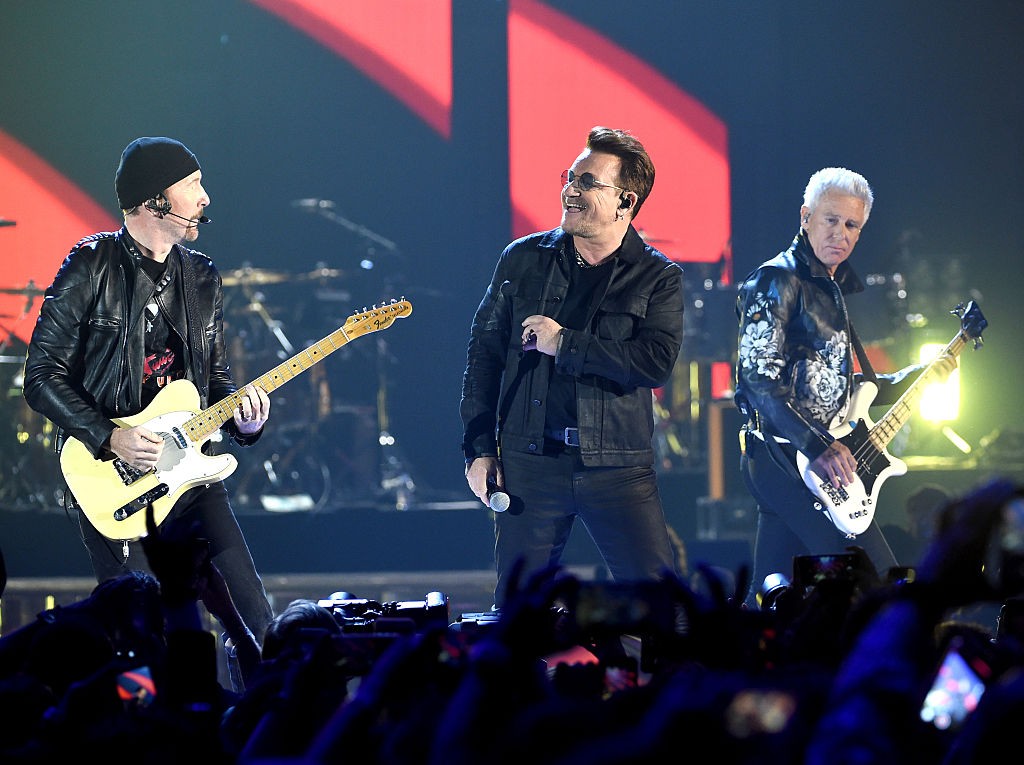 This morning, U2 premiered an unearthed version of The Joshua Tree backtrack (and highlight) “Red Hill Mining Town” on Irish radio. The “2017” version of the song—which features slightly different chording, a funkier backbeat, and a meaty brass-band arrangement—was mixed by legendary producer Steve Lillywhite, who produced the U2 albums Boy, October, War.

The song is getting a Record Store Day release this year to commemorate The Joshua Tree’s 30th anniversary. The 12″ picture disc features photography from U2’s go-to art director Anton Corbijn. You can listen to the song via Dave Fanning’s radio show on RTÉ 2FM, at around the hour-and-19-minute mark, and find out more information about the release at the RSD website.

Full deluxe and box-set reissues of The Joshua Tree are coming in June, and the band is also embarking on a massive anniversary tour for the album beginning next month.