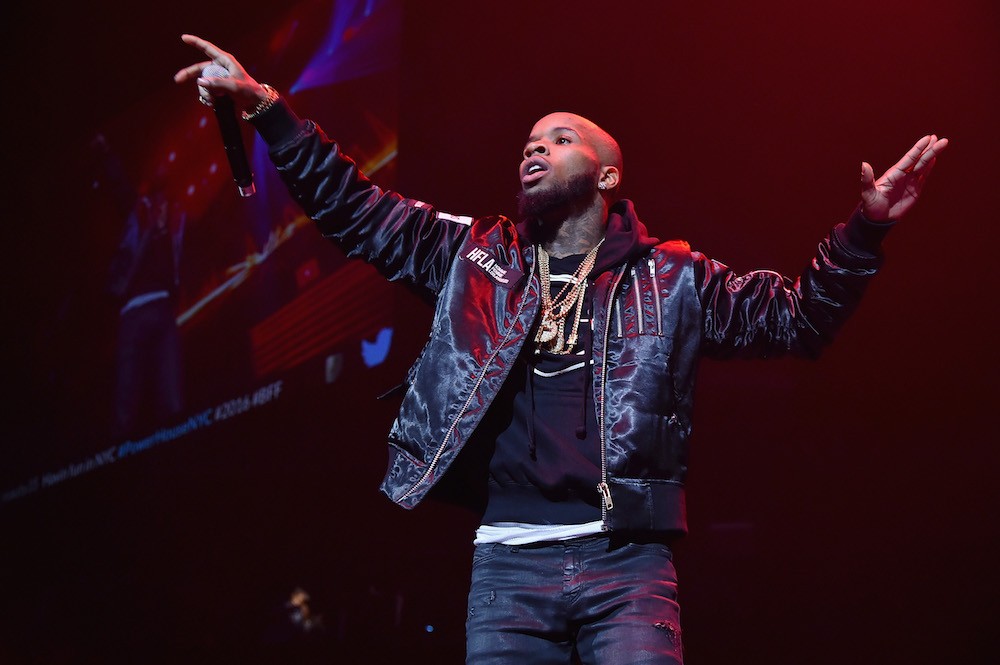 Toronto artist Tory Lanez was arrested in Florida’s Broward County on Wednesday, TMZ reports. The charges include carrying a concealed firearm (a third-degree felony) and possession of marijuana, amongst other traffic misdemeanors. Miramar Police confirmed the extent of the charges on Twitter.

(1/2) Daystar Peterson (known as Tory Lanez) was arrested during a traffic stop in Miramar. He was charged with carrying a concealed

(2/2) firearm, possession of cannabis, failing to register a motor vehicle, operating a vehicle w/o valid license and no proof of insurance.

Lanez, born Daystar Peterson, was released after posting $1,000 bond. Lanez—who’s touring after releasing mixtapes The New Toronto 2 and Chixtape 4—is scheduled to play Coachella this weekend.