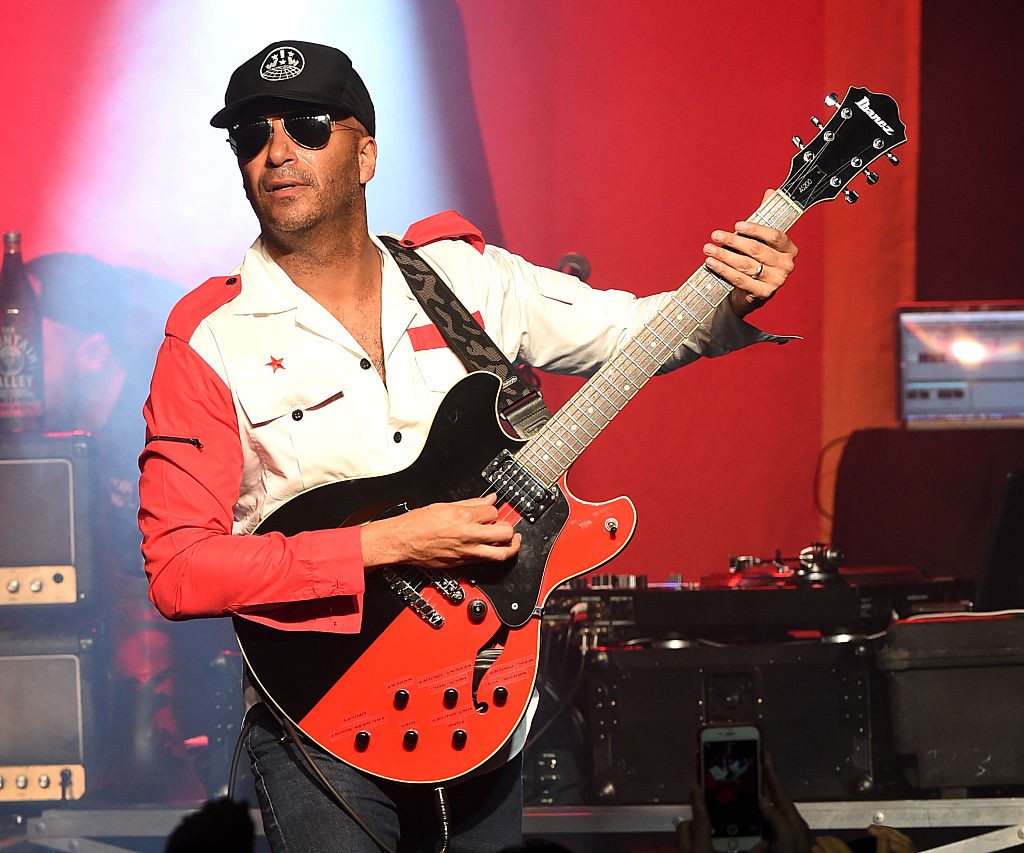 Today’s episode of Intercepted, Jeremy Scahill’s podcast for the Glenn Greenwald-founded online magazine The Intercept, mostly consists of an interview with Julian Assange, the ever-controversial head of Wikileaks. But there’s an Easter Egg for those who can make it through the first 34 minutes of Assange: the “world premiere” of a new track by Rage Against the Machine/Prophets of Rage’s Tom Morello called “Keep Going.” Scahill claims Morello just “sent [it] in,” and alludes to him as a “friend” of the podcast.

The theme of the ominous, one-chord track seems to be, loosely, “Get thee behind me, Satan,” and it’s scored for just Morello and his guitar. It also definitely sounds like it was recorded on an iPhone, and notably features the cathartic lyric “I pimp-slapped the devil/He couldn’t get my riffs right.” (It’s worth noting that, in a Jimi Hendrix tribute Morello penned for Rolling Stone in 2011, the guitarist wrote: “His riffs were a pre-metal funk bulldozer, and his lead lines were an electric LSD trip down to the crossroads, where he pimp-slapped the devil.”)

Head over to The Intercept’s podcasts page to hear Morello’s song, which starts around the 33-minute mark. You can also listen via Apple Music/iTunes.