Review: You Know Exactly What The Chainsmokers’ Memories…Do Not Open Sounds Like 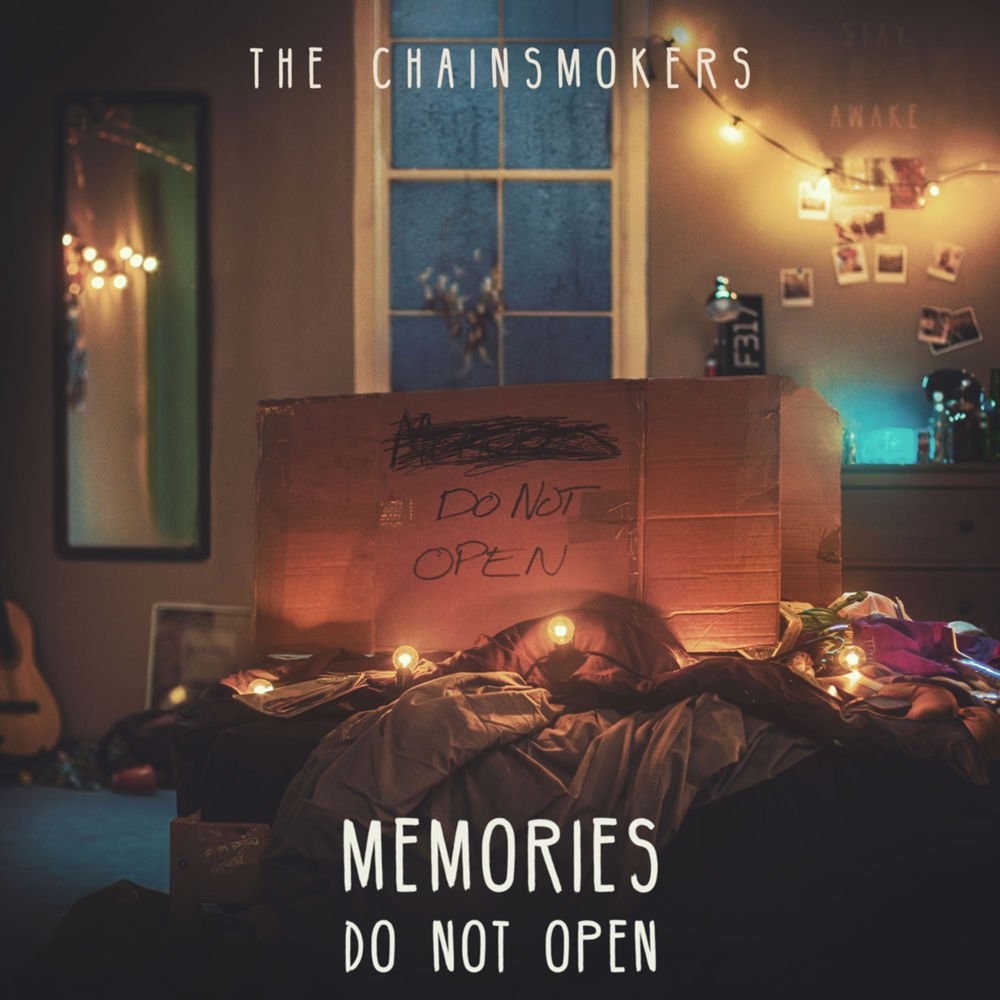 It isn’t exactly Dylan going electric, as far as career reinventions go, but a small sliver of pop music history is currently being infiltrated by a group that quietly but successfully underwent a makeover for the ages. In 2014, when the Chainsmokers made themselves known to the world with the hashtagged “#Selfie,” they seemed like the spiritual successors to LMFAO that nobody really asked for—two largely interchangeable goofballs poking fun at our modern lives with all the subtlety of the duck face. If you can look past its casual misogyny, “#Selfie” at least nails the details, but its portrayal of vapid clubgoing women was done much better two years prior when Paris Hilton parodied her own lobotomized persona on the brilliant but forgotten spoken-word house single “Drunk Text.” When the Chainsmokers released a follow up to “#Selfie” called “Kanye” that failed to chart anywhere, it would have been fair to assume that we would never hear from them again.

But “Kanye” previewed a formula that would eventually lead to a hostile takeover of pop music. Unlike “#Selfie,” in which two nameless women babble blankly over a preset house beat about the newfound social pressures of a hyperconnected world, “Kanye” is a piano ballad about self-motivation that merely shoehorns its annoying pop culture reference into the chorus. It flopped, and with good reason, but the Chainsmokers quickly refined the formula on 2015’s “Roses,” a loping torch song with a bright, glitchy drop that landed the group its first top 10 hit. Six months later came “Don’t Let Me Down,” another gloomy ballad ripped open by a thundering instrumental refrain. Fast forward to today, and the pop charts are choked with this specific sort of song, produced not exclusively but most efficiently by the Chainsmokers. The effect of an initially pleasurable sensation quickly turning sickening upon repeated exposure? Well, it’s in their name.

Memories…Do Not Open is the first album by The Chainsmokers released amid their totalitarian reign, and whether the album’s title is a plea or a warning does not matter, as the effect is the same: The Chainsmokers have one song, and if you don’t want to hear 12 versions of it, please do not un-click the latch holding this box closed. That one song is that same sort of morose piano ballad refashioned for whatever wave of EDM we’re currently in, the one where the drops are more often like coos into your ear than bashes over your head. (Some people call this “future bass.” I dunno.)

The one main difference between the dozen songs on Memories…Do Not Open and the songs that made the album possible is the sudden centering of Andrew Taggart, the pretty Chainsmoker, as a vocalist. Taggart took a star turn on “Closer,” the smash hit that briefly dressed the Chainsmokers up as the Postal Service, and is just about the only singer you hear on “Paris,” the new smash hit that dresses the Chainsmokers up as the Chainsmokers dressed up as the Postal Service. It’s Taggart’s voice that dominates the album, singing on and on about misshapen young love over somber piano beats that inevitably perk up at the same point in each song, as if on schedule. Other than telling us that Chris Martin was busy, The Chainsmokers’ performance on SNL last weekend also indicated that Taggart doesn’t offer too much as a natural vocalist, sounding instead like a guy that accidentally got ushered onstage because he looked the part. But thanks to studio wizardry, that kind of amateurism comes across as a boyish authenticity on record—never mind that Taggart is actually 27 years old.

This has proven to be an effective trick. When Taggart sings sweetly, if not exactly well, over forlorn piano chords and about broken young hearts, it’s easy to imagine his unique accessibility to the listener. He looks and sounds like the archetypical boy you see from your bedroom window across the street—a Taylor Swift video star come to life. But whatever charms Taggart offers dissipate as Memories…Do Not Open wears on. There are female vocalists—longtime industry songwriter Emily Warren, French Voice finalist Louane, Jhené Aiko—meant to be used as foils, but The Chainsmokers only call for them to replicate Taggart’s blankness. The result is a series of songs that bleed endlessly into each other, at least until “Last Day Alive,” the album closer and a collaboration with bro-country kings Florida Georgia Line, which sounds like M83, but minus the part where The Chainsmokers and Florida Georgia Line imitating M83 might be interesting in a Mad Libs kinda way.

The Chainsmokers, eventually, will need a new song, and their expert shapeshifting from cultural court jesters to voices of a generation suggest they may be more adept than most at adaptation. Or maybe they won’t need a new song, exactly. If you look at the credits for Memories… Do Not Open, you’ll notice Taggart’s name listed as the primary songwriter on each track. Alex Pall, the Other Chainsmoker, does not pick up any songwriting credits. Instead he is subsumed into The Chainsmokers moniker that, along with DJ Swivel and a few other collaborators, produced the entirety of the album. Taggart’s solo career feels like an inevitability, as does one more reinvention.